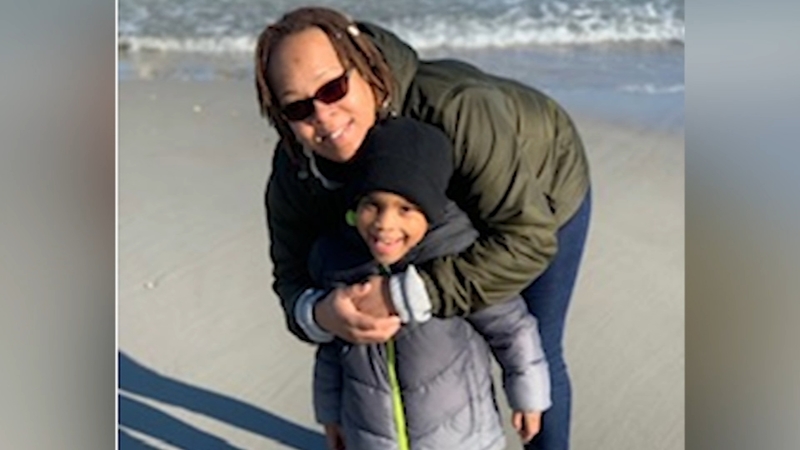 Melinda Williams, a married mother of five, didn't think her family qualified for the child tax credit since they don't earn enough to file income tax returns. So the New York City resident didn't pay much attention to Congress' historic increase of the benefit earlier this year.

But then her pastor, Bishop Mitchell Taylor of Center of Hope International, last week told her that the expanded credit could be worth $3,000 for each of her kids for 2021. Williams made an appointment at Urban Upbound, a free tax prep center Taylor founded, for the next day and filed a 2020 return, which will allow the Queens family to receive not only the monthly child tax credit payments but several stimulus payments they missed out on.

Williams plans to use the funds to cover some expenses, as well as school supplies and clothing for her two girls and three boys, who range in age from 7 to 17 -- and she and her husband also hope to sock away some money to pay for college and buy a home one day.

"It's anxiety reducing," said Williams, a stay-at-home mom, of what the new benefits mean for her. "It's not stressing, wondering what you are going to do if the money runs out before the month is over."

The Internal Revenue Service is hoping to reach millions more low-income families like the Williamses as it starts to roll out the massive expansion of the child tax credit this week. Getting the funds to these households is crucial to the Biden administration and congressional Democrats' goal to reduce child poverty nearly in half for 2021 through the beefed-up benefit.

Child tax credit calculator: How much could you receive?

As part of the enhancement, half the credit will be sent to households in monthly installments. The payments begin July 15 and run through the end of the year.

Most parents don't have to do anything to get the funds since the IRS already has their 2020 or 2019 returns showing they claimed the regular child tax credit, which was $2,000 for each child up to age 17 until this year. Roughly 39 million households, covering 88% of children, will start receiving the monthly payments automatically.

But those who haven't filed their returns or used the agency's non-filer tool last year to receive the stimulus checks must take action to get the child tax credit payments. Exactly how many children are in these families isn't known, but it's estimated to be around 5 million.

Reaching these families, however, won't be easy. The effort also relies on thousands of community groups across the nation, which are trying to both educate parents about the enhanced credit and spur them to file returns or register on the IRS website, both of which could require lots of assistance.

Eligible parents can get half their credit -- up to $300 a month for each child under age 6 and up to $250 for each one ages 6 to 17 -- from now through the rest of the year. They can claim the other half when they file their 2021 taxes next year.

The payments stem from the Democrats' $1.9 trillion American Rescue Plan, which beefed up the existing child tax credit, giving families up to $3,600 for each child under 6 and up to $3,000 for each one age 6 to 17 for 2021. The full enhanced credit will be available for heads of households earning $112,500 and joint filers making up to $150,000 a year, after which it begins to phase out.

Also key to fighting poverty: The relief package makes the tax credit fully refundable so that more low-income parents can take advantage of it. It had been only partially refundable -- leaving roughly 23 million children unable to get the full credit because their families' incomes are too low.

The expanded credit, however, is only in place for 2021, though Democrats hope to extend it.

The Biden administration, along with the IRS and community organizations around the country, are conducting a major push to reach very low-income families, who had not qualified for all or most of the credit in the past. The agency is building on the outreach it has conducted since the pandemic began to send three rounds of stimulus payments to these Americans -- since they don't file tax returns, the IRS doesn't know who they are.

Urban Upbound, which assisted Williams, is one of several community groups in 12 cities that partnered with the IRS for two weekends this summer in a concentrated effort to help low-income families file their returns so they can receive the enhanced credit. In addition to New York, the cities included Atlanta, Detroit, Las Vegas, Miami, Philadelphia, Phoenix, Houston, Milwaukee, St. Louis and Los Angeles, as well as the Washington, DC, metro area.

The agency selected these locations based on data that found that many children who live in them do not show up in IRS records, said Sue Simon, director of customer assistance, relationships and education in the agency's wage and investment division. It plans to identify other cities over the summer.

If parents don't want to fill out a full return, they can use an IRS portal that allows them to register to receive the enhanced child tax credit -- similar to last year's tool to sign up for the stimulus checks, which was used by more than 8 million people, according to the agency. Users can provide the necessary information about their households and, if they choose, their bank accounts so the IRS can directly deposit the funds.

The IRS and nonprofit organizations are also putting up fliers in local support agencies, grocery stores, food banks, domestic violence shelters, community events and elsewhere. They are using social media and trying to spread the word about the credit and the ways families can file for it through houses of worship, neighborhood groups and other trusted sources.

Local government agencies and community organizations are critical in the effort to reach these families and provide them with the tools and resources necessary to obtain the credit, said Patrick Cooney, assistant director of economic mobility at Poverty Solutions at the University of Michigan.

Bread for the World, a Christian-based anti-hunger group, hosted a webinar for the churches and food banks in its network last week to explain the credit and walk through the portal, as well as hear from Gene Sperling, a Biden administration official overseeing the Covid-19 relief law rollout. It is also building a tool kit with information in different languages to disseminate in communities.

"I don't think there has been any other policy in decades that will reduce poverty and hunger like this will," said Sergio Mata-Cisneros, domestic policy analyst at the group, which works with 250,000 activists.

Some advocates plan to go door-to-door to educate families. Many people are not comfortable talking about their taxes, particularly in a virtual setting or over the phone, said Jessica Brown, director of strategic initiatives at Community Development Advocates of Detroit, which has more than 200 community organizations as members.

The organization is spearheading an effort by 40 local groups to reach 20,000 households by the end of October, providing them with information but also trying to set them up with free tax prep professionals or help them use the IRS portal.

"This campaign will be successful because we are using those organizations that these people do trust, that they are already relying on to find information for other resources," Brown said.

"That is a key part of it -- that trusted relationship with someone who knows the needs of the residents already," she continued. "Having that is going to make it easier for residents to get over the hurdle of "is this something I can do?" or whatever barrier is stopping them from actually filing taxes."

It will not be easy for the IRS and community groups to get many remaining non-filers to register, especially after the intense efforts to get very low-income Americans to file in order to get their stimulus checks.

"The outreach is just much more difficult," said Francine Lipman, a tax law professor at the University of Nevada, Las Vegas, who works with local groups.

Only two people filed returns to claim the credit last Friday at Urban Upbound in New York City, and the IRS saw low turnout at some of its sites at its event in late June, though the agency served a total of more than 1,000 people in the 12 cities that weekend, Simon said.

Complicating matters is that some free tax prep locations remain shuttered, are working virtually or have smaller staffs because of the coronavirus pandemic, while others don't have the capacity to operate outside of the traditional filing season.

Also, the IRS non-filer portal is tough to use on a mobile phone, and many low-income Americans lack access to a computer, advocates say. Plus, the information is only in English, though the agency says it is working on a Spanish-language version. That means community groups have extra work to do to guide non-English speakers through the site.

Plus, non-citizens seeking the individual taxpayer identification numbers (ITIN) from the IRS that they need to file for the credit for their children who are citizens face long delays, said Lipman.

But she is confident that more people will take notice once the $300 checks start hitting the bank accounts of their friends and family later this week.

"Once we explain to them that you can get your money when you file your taxes or you can get this money during the year to help you with your day-to-day expenses, that's the motivation right there," said Pat Smith, program director at Nevada Free Taxes Coalition, which has two sites in Las Vegas that will help residents file their returns through mid-October. "Most of these folks are living on the edge anyway. So any little bit that's coming in monthly is going to help them."

The potential to get a $750 monthly credit for her three teen boys is what drew Ivelisse Vasquez to the IRS office in lower Manhattan last month to file her return. A house cleaner who lost her job in the pandemic, Vasquez saw information about the enhanced benefit on her phone. She said she could use the funds to help pay her rent and bills, as well as school supplies for her children.