The 11-year-old suspect has a criminal history, sources say
KGO 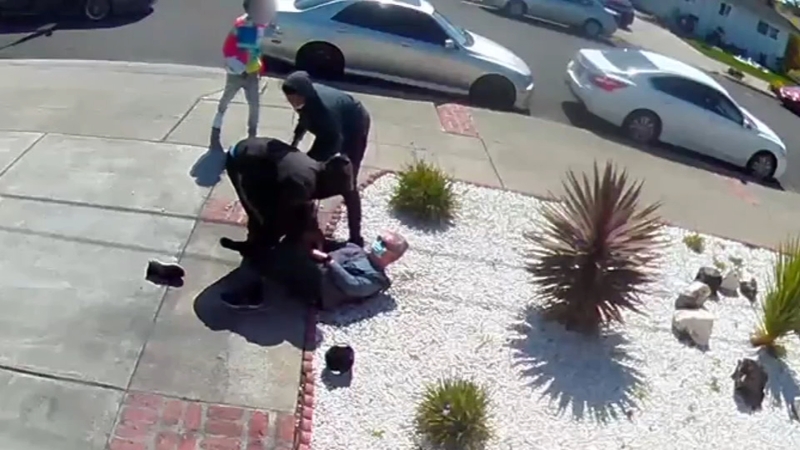 SAN LEANDRO, Calif. -- An 11-year-old and 17-year-old have been arrested in the attack and robbery of an 80-year-old Asian man in San Leandro, police said Wednesday.

"We are thankful that we were able to capture these juveniles safely and expeditiously," said Lieutenant Ali Khan.

Video shows the man being attacked in his own driveway last Saturday, as one of the suspects waits in a getaway car.

As San Leandro Police discover attacks toward Asian Americans have spiked nearly 300% since 2020, new video of a recent assault and robbery of an 80-year-old Asian man is prompting residents in one neighborhood to speak out.

"Additionally, the 11-year-old male was driving a carjacking vehicle that was stolen on May 10 in Oakland," police said.

Sources tell ABC7's sister station KGO that the 11-year-old boy has an extensive criminal history. On April 12, he was arrested for committing several robberies and carjackings. Sources say there are at least two more robbery sprees he was allegedly involved in before as well.

According to those sources, after he was arrested on Wednesday he was released into the custody of his mother due to his age.

Detectives with the police department are looking into other crimes the 11-year-old and 17-year-old may be associated with. They say a similar car was seen in a strong-armed robbery in San Leandro less than two hours later after this attack.

The victim in that incident is described as a younger woman who was robbed of her purse.

As for the 80-year-old man, he sustained minor injuries and was robbed of a watch in the incident. He believes the assault was racially motivated.