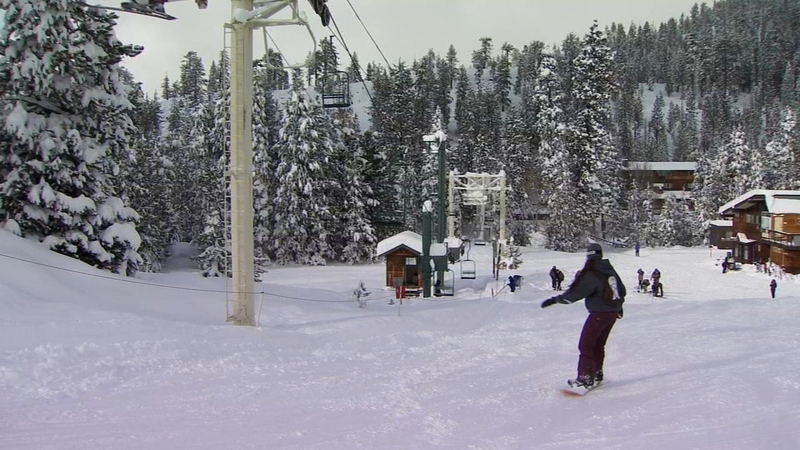 California saw that blast of cold air right before Thanksgiving, bringing rain and low snow levels along with it.

"In the four decades I've been in the ski business, this is probably the most unusual where you have such a fast start and then it dies off," says China Peak Mountain Resort Manager Tim Cohee.

Cohee says they were on track for a record-breaking year. However, the snowmaking storms have slowed down.

In fact, Fresno saw just over a half an inch of rain in January, leaving us far from normal for the month.

"I thought it was going to be one of those fantastic years, and now we've had the breaks put on it," Cohee said. "We are still in very good shape. As far as financially, we are ahead of the game, but we would have been much better off if we had some snow."

"We may not being seeing much in the way of future Atmospherics Rivers sequence like we did last year, according to those outlooks," says Andy Bollenbacher with NWS Hanford. "It looks like it's going to be dry across almost the entire southwest United States."

Even though the outlooks are not promising, China Peak is not looking at closing early. Cold temperatures are ideal for making snow.

"The weather is fantastic, the sun is out there and again, most of our major runs are open and will be open every day," Cohee said.