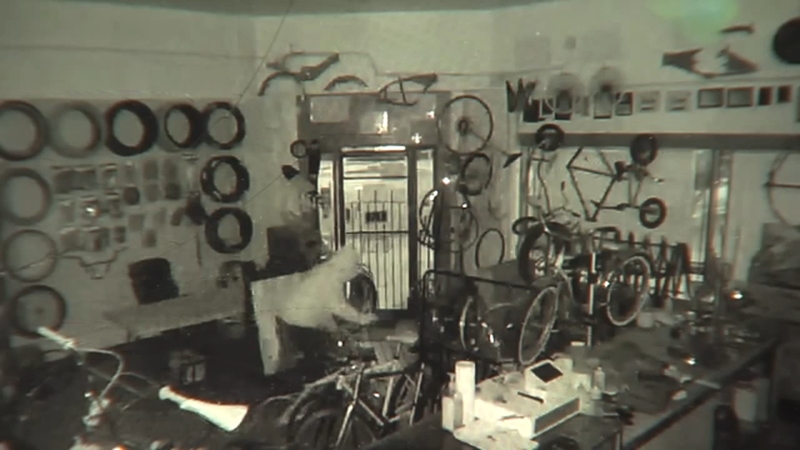 FRESNO, Calif. (KFSN) -- Owners of Dave Street Customs say they're fed up after their bike shop was broken into for a third time Tuesday.

"It just hurts, it just hurts because we put so much time and effort into some of these bikes for someone just to come in and grab them like that," says Jimmy Delatorre.

Security video from inside the shop shows a man wearing a hoodie enter through the front door before walking out with the stolen property.

A pair of bolt cutters and a crowbar were recovered near the crime scene.

This was the third time in the last twelve months thieves have broken into the shop at E and Tulare.

"First break-in was two skateboards and we ended up getting those back," Delatorre said. "Second break-in was three frames and we got one back."

Despite the recent string of burglaries, shop owners say they have no plans to move locations.

"You can't really blame the landlord or you can't blame the neighborhood," Delatorre said. "It's just bad people. We can build in the north side, west side, east side, it don't matter. If someone wants to break in to your establishment, they're going to get in."

No arrests have been made as detectives continue to review evidence and piece together clues.

"These kind of investigations are very hard for the detectives," says Felipe Uribe with Fresno Police. "They rely on public support and help in that area and if it's happening late at night, maybe these people responsible are watching store owners come and go."

If you have any information or recognize the person in the security video, you're asked to call Fresno Police.
Report a correction or typo
Related topics:
fresnoburglaryrobberybikes
Copyright © 2021 KFSN-TV. All Rights Reserved.
More Videos
From CNN Newsource affiliates
TOP STORIES