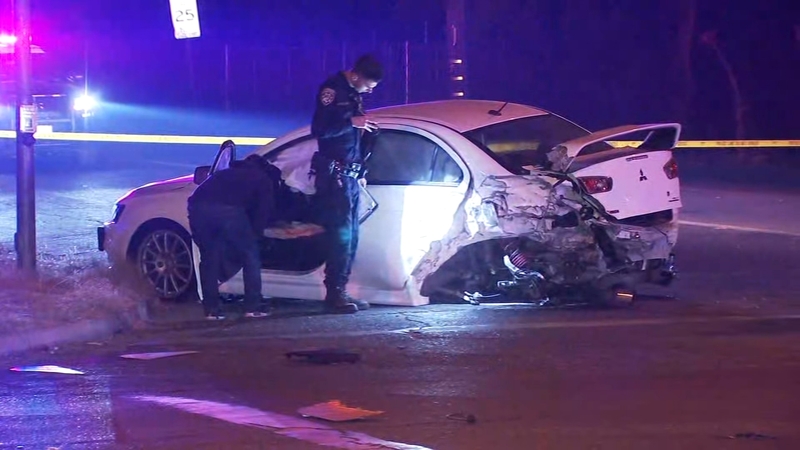 FRESNO, Calif. (KFSN) -- A man is dead after crashing his car in northwest Fresno overnight, according to the California Highway Patrol.

Officers say they saw a Buick run a red light on Belmont Avenue and Palm Avenue around 12:30 a.m.

When they tried to pull the driver over, he sped off northbound on Palm Avenue.

Moments later, officers found the Buick on fire near Palm and Ashlan Avenue. Officials say the Buick crashed into a Mitsubishi.

The driver was pulled from the Buick, and first responders attempted CPR. However, he died at the scene.

"We did, however, discover that the suspect did have a firearm on his body. Again, we're looking into that, still in the investigative stages to find out the reason for that," said CHP Officer Mike Salas.

The CHP said the driver was a man in his mid 30s.