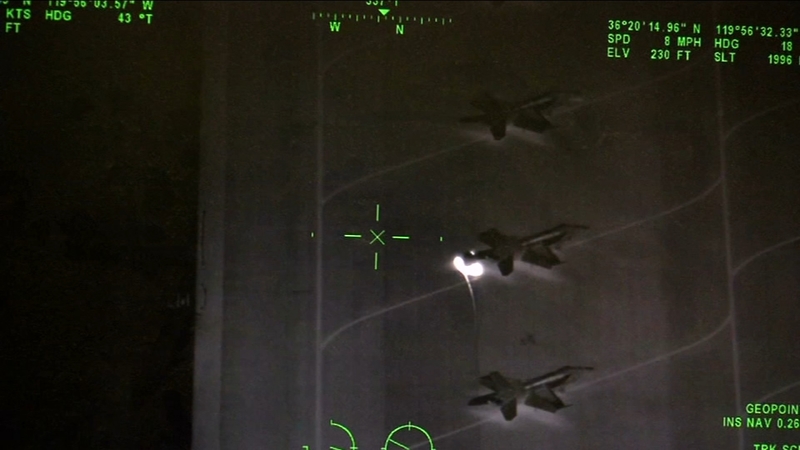 The California Highway Patrol has released a video that shows the moment a car crashed into a parked F-18 fighter jet at Naval Air Station Lemoore, killing two people.

The incident happened in March 2016.

The CHP had been pursuing the car when it somehow crossed an entry control point at the base.

The car drove around the base aimlessly for nearly 20 minutes before it crashed into the jet's horizontal stabilizer.

The passenger died instantly, and the driver died later at a hospital.

After the crash, Navy documents pointed to a "failure of timely communications" between CHP and base dispatchers.

Responding to the new video, a spokesman for Naval Air Station Lemoore said it does not show the "intensity" and "urgency" of their response.

And adds "NAS Lemoore is committed to safeguarding its national assets in the form of our strike/fighter jets and most importantly - its people."
Report a correction or typo
Related topics:
lemoorepolice chasenavyfatal crash
Copyright © 2021 KFSN-TV. All Rights Reserved.
POLICE CHASE