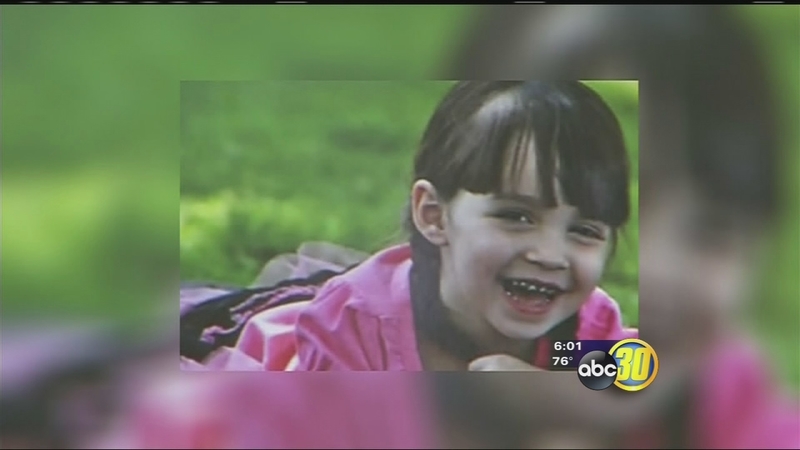 VISALIA, Calif. (KFSN) -- The South Valley trial for the man accused of killing his girlfriend's three-year-old daughter is drawing closer to an end. On Thursday, jurors and a room full of onlookers heard closing arguments in the case.

Closing statements included a long review of the evidence and witness testimony. Christopher Cheary's defense team asked jurors to not speculate on what happened but stick to the facts. While the prosecution said the facts show Cheary murdered Sophia Acosta.

In front of a packed courtroom, both the prosecution and defense teams for the Cheary murder trial once again referred to some pictures of the three-year-old taken at Mooney Grove Park on May 6, 2011.

"That's not the face and attitude and the body language of a little girl who's being beaten and abused by that guy," the defense countered.

Cheary is charged with first-degree murder, with special circumstances of sexual assault and torture for the death of Sophia after she was found unresponsive at an Exeter apartment. She was rushed to Kaweah Delta and then Valley Children's where she later died.

Now, five years later, Cheary's murder trial is coming to a conclusion, as both sides presented their closing arguments to the Tulare County jury. Assistant district attorney David Alavezos reviewed the testimony from witnesses like Valley Children's doctor Philip Hyden who testified last week that Sophia was bleeding from her head, eyes and groin area when he evaluated her and that she suffered severe non-accidental trauma.

But Cheary's defense team said Hyden originally testified he would expect to see blood from traumatic injuries right away. It's a testimony the defense says contradicts the facts of the case.

"There's no fresh blood in the apartment at all," defense attorney Tim Rote said. "There's no fresh blood. Even if you want to say, even if they want to argue that he cleaned it up and got rid of that stuff. For 10 minutes, she was lying naked on the floor in the living room surrounded by police and paramedics and there was no blood."

The defense claims Sophia had a rare clotting disorder that can account for the blood that eventually showed up. They argue Sophia's injuries would be even more severe if she was raped and again reiterated that the DNA evidence in the case does not add up, saying there was none of Sophia's DNA found on Cheary and none of Cheary's on Sophia.

"He raped this child and didn't want her to tell because he didn't want to be sitting here," Alavezos said, looking directly at Cheary.

In his eyes, there's only one person responsible for the death of Sophia.