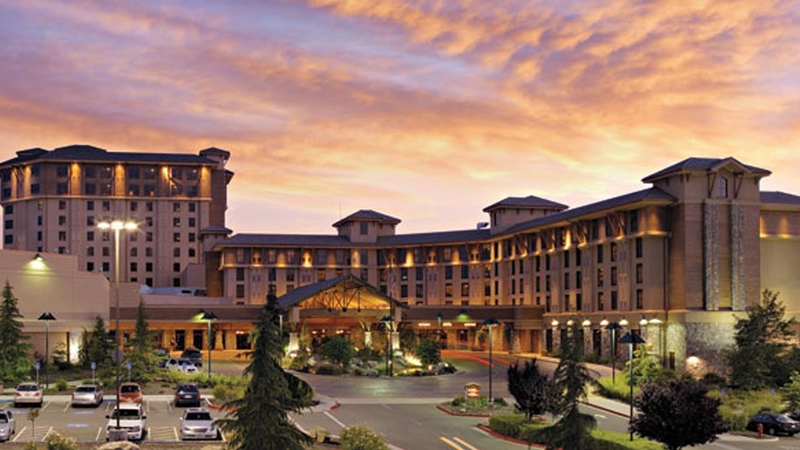 Dozens of law enforcement officers from across the Central Valley are securing the facility until a federal judge decides when and if it can reopen.

Deputies and police officers from Madera, Merced and Fresno County are here securing all of the money, chips and everything else on the property. This takeover is much different than last night's that was caught on camera.

Security cameras capture the tense moments when armed men claiming to be tribal police storm into Chukchansi Gold Resort and Casino for a takeover. About 24 hours later the fighting continues, this time over resort documents.

The faction lead by Tex McDonald tries to leave with a cart full of paperwork. But the other faction lead by Reggie Lewis argues a federal court order says the documents stay in the building. Both sides fighting for control of the resort.

Lewis said, "When they storm up here with 5 cars and 20 guys jump out with pistols in their hands, and that's how they got possession of those things, I say no they should not have them."

McDonald told ABC30, "The closure of our casino, there are some words in there that we're looking into."

ABC30 asked, "With the court paperwork?

"Yeah, the way they worded it," replied McDonald. 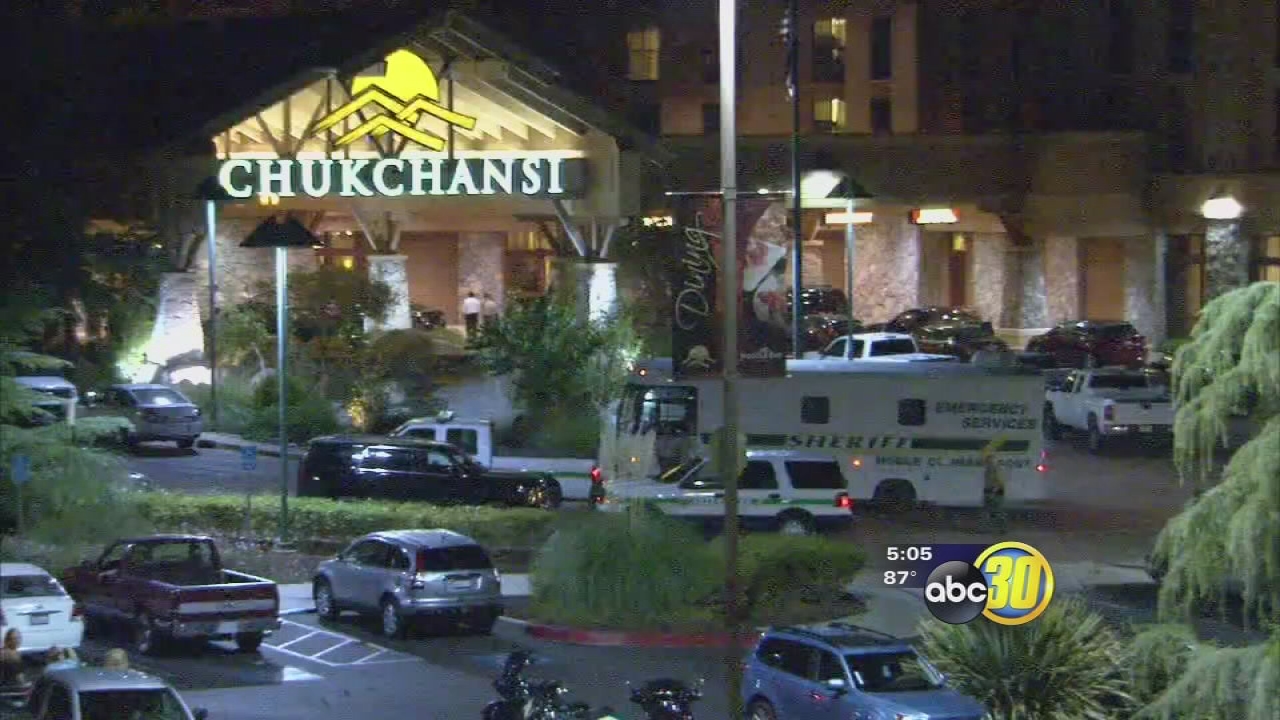 Chukchansi Casino takeover is caught on camera
The Chukchansi Gold Resort and Casino in Coarsegold has been rocked by a violent takeover, and it was all caught on camera.
The two sides have argued over control for years. It wasn't until Thursday when the arguing lead to violence and an evacuation of hundreds of people.

Madera County Sheriff John Anderson is now in charge of securing the building and everything inside. His investigators are also looking into the violence that prompted the closure.

"They claim to be police, tribal police," said Sheriff John Anderson. "Both sides have tribal police departments. If they are in fact police some of the activities they do are legal."

Dozens of people still showed up to the resort hoping for a fun weekend, only to be turned away.

Jenny Reyes from Paso Robles said, "And it's in the mountains, we have to drive back down now and it's dangerous. I mean this is absolutely ridiculous."

The resort and casino will be closed at least through Wednesday, October 15th. That's when a federal judge will listen to both sides at a hearing in Fresno. Until then, several hundred employees will not be able to work.