City of Fresno cracking down on illegal garbage dumping 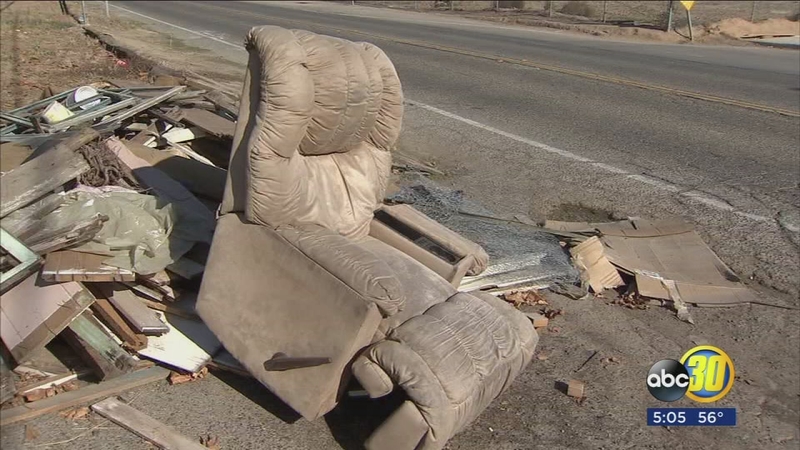 City of Fresno cracking down on illegal garbage dumping

FRESNO, Calif. (KFSN) -- A block-long pile of trash is located Clinton Avenue, near Valentine, in a county island just barely outside the city limits. Jim Strein lives across the street from the mess.

"For the last three months people have just been dumping off garbage all hours of the day and night," said Strein.

The trash includes everything from rotting food to computer parts and even personal papers. This included piles of mortgage, medical and employment papers from a Clovis family here.

Action News took the documents to the address and found they had just moved. They were contacted and they were shocked. They said they had paid a private company $200 to take their trash to the dump.

Instead, this is where it ended up. Strein says the more trash dumped, the more it keeps coming.

"Starting from that telephone pole that started three months ago and it's been every day since then."

The City of Fresno has the same problems and the city council just voted to increase the fines for illegal dumping from one thousand to 1,500 for the first offense along with the cost of cleanup. Second and third offenses are two and three thousand and there is a push to impound the vehicles of illegal dumpers.