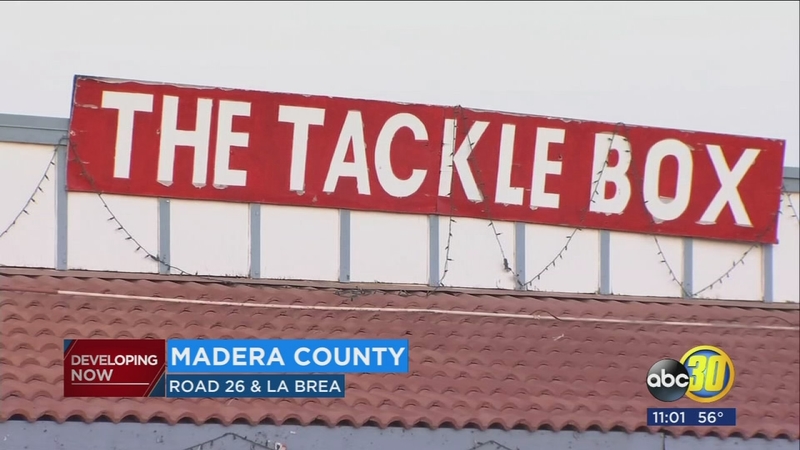 MADERA COUNTY, Calif. (KFSN) -- A homicide investigation is underway after a store clerk was found shot to death at a gas station.

The shooting happened just before 11 p.m Monday at the Tackle Box gas station on Road 26 and La Brea Avenue. Investigators say someone pulled into the gas station and found a male employee who was shot to death during an apparent robbery.

Investigators say two suspects stole cash and two boxes of cigarettes before firing several shots. One of those shots hit the employee and killed him.