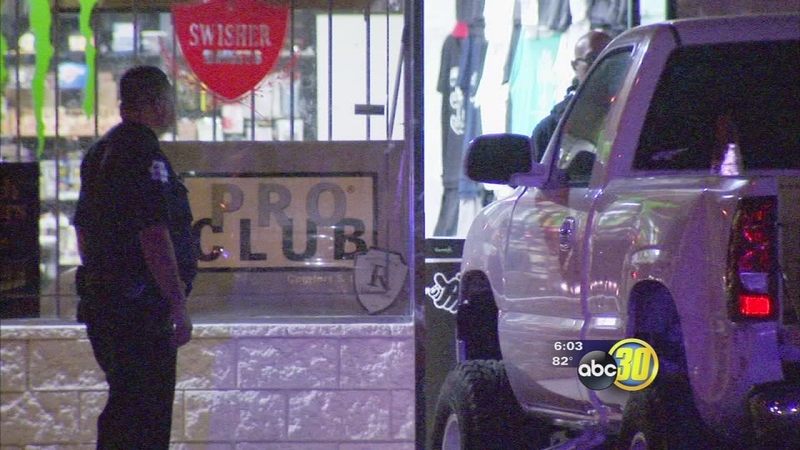 FRESNO, Calif. (KFSN) -- A clerk at a smoke shop was shot and robbed in Southeast Fresno.

It happened Thursday night at a shopping center near Ventura and 3rd street. Investigators say the victim is ok but the suspects are on the run.

Maria Parra runs a gift shop nearby. She says the clerk had just closed the smoke shop and he was alone in the parking lot. Moments later, she heard the gunshots and says the clerk ran to her for help. "We tried to sit him down but he was bleeding but he didn't want to sit down, he was like in shock, I would say," Parra said.

According to Fresno Police, the clerk was shot twice - once in the leg and once in the foot. The clerk told investigators a man pulled the trigger and a woman took everything from his pockets - a wallet, two cell phones and some medical marijuana.

Lt. Gomez says the two thieves took off in a white Ford Fiesta - the same car Maria Parra remembers seeing before the shooting, "I got here and it was like 9:10 and the car was already here but how could I know they were gonna do that?"