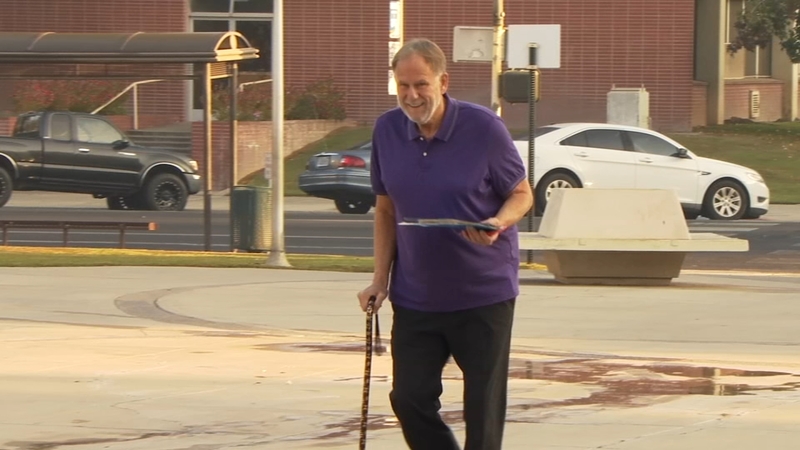 FRESNO, Calif. (KFSN) -- John Bell arrived at the Fresno County Courthouse Monday morning with the help of a cane but did not want to speak to Action News.

Cameras were not allowed inside the courtroom, but the 63-year-old pleaded not guilty to three felony charges, including inflicting injury on an elderly adult.

Bell was arrested earlier this month in connection to a brutal assault believed to be over a parking spot.

68-year-old Joe Carrera told Action News he was trying to back out of a handicap stall when Bell became impatient and started an argument before hitting him multiple times.

Legal analyst Ralph Torres calls the pictures of the victim's injuries devastating to the defense's case.

"If we're going to try to settle, it's not going to be probation. Considering what I saw in the victim's face, the injuries that I read this suspect is looking at prison," Torres said.

Another piece of damning evidence Torres says is the victim's testimony that Bell threatened to kill him.

"If its true and can be shown beyond a reasonable doubt that the suspect said I'm going to kill you that's a criminal threat," Torres said. "That's a strike. What I see here is multiple strikes if they can be proved."

Torres expects the age and physical nature of Bell to play a role in this case but says it doesn't change the facts surrounding the assault.

"You have blackness under the eye which is consistent with a broken cheek, the nose is displaced that's devastating in a case like this," he said. "Just because you're 63-year-old with a cane doesn't necessarily mean you're not subject to the maximum term."