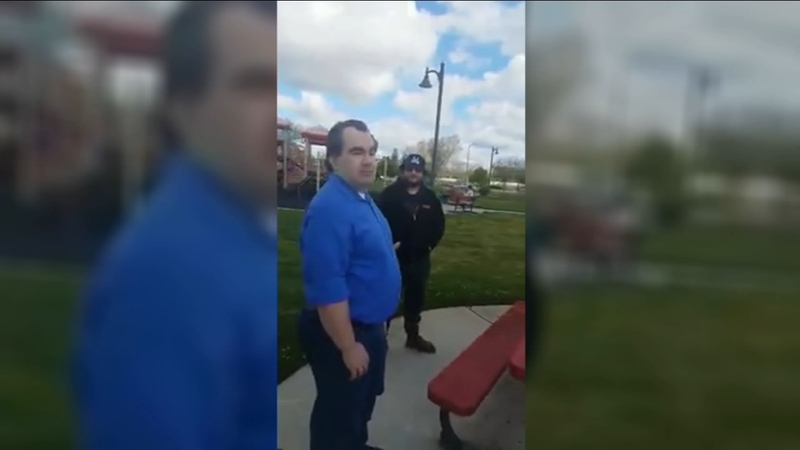 FRESNO, Calif. (KFSN) -- A man accused of sexting a 14-year-old girl on a phone he secretly gave to her struck a deal today with prosecutors that will keep him out of prison.

Hugo Rabson's attorney said he made the decision with the victim in mind.

But the girl's father says the deal does not give justice to his daughter.

Rabson cut a deal that will make him a free man in early November. He pleaded no contest one count that will give him probation for communicating with a minor and asking for explicit pictures.

Hugo Rabson reaches a plea deal with prosecutors for one felony count of what is essentially sexting with a minor. He will have to register as a sex offender. The agreement is for no state prison. pic.twitter.com/gBe9KQfy5F

"Essentially it's sexting with a minor. I mean it's very complicated but what it means is you are communicating something of a sexual nature with a minor," said the victim's Attorney Mark Broughton.

The man who court records show went by Sugar Daddy or Master said he considered the victim in the case and the difficulty it would cause her having to take the stand.

"His statement was that he believed the victim had suffered enough. We understand and feel very sorry for the minor in this particular case."

RELATED: Suspected child predator remanded into custody after trying to leave the country

Rabson's arrest was made in an unusual way after Todd Thomas found a phone in his daughter's possession with sexual messages on it. So he pretended to be his daughter and arranged to meet Rabson to make a citizen's arrest. The confrontation was recorded and went viral.

"The plea agreement is a complete failure of the system."

Thomas did not go to court Friday because he was so angry. He believes Rabson will head straight to the airport when he is released as he did before. In June, Rabson was caught in Canada while heading to the UK. His attorney said he wasn't skipping out on any criminal charges- just taking time to de-stress and unwind.

"I already know that Hugo has tried to fly once and I know that he will when he walks out of this courthouse," said the victim's father Todd Thomas.
Report a correction or typo
Copyright © 2021 KFSN-TV. All Rights Reserved.
More Videos
From CNN Newsource affiliates
TOP STORIES