Police say the pedestrian was crossing across the center median outside of a crosswalk.
KFSN 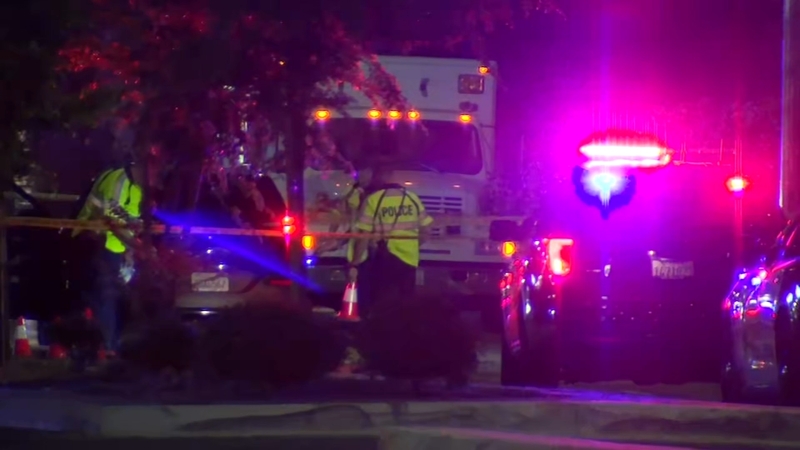 CLOVIS, Calif. (KFSN) -- Clovis police are investigating a deadly crash after a pedestrian was hit and killed crossing a busy street.

It happened just before 11 pm on Saturday near the intersection of Clovis and Santa Ana Avenues.

Police say a driver headed north on Clovis Avenue hit the man as he crossed the road.

The pedestrian was killed on impact.

Police say the man put himself in a dangerous spot.

"It appears that he was crossing across the center median outside of a crosswalk," says Clovis Police Sgt. Chris Berna.

A large stretch of Clovis Avenue was shut down through the morning as police investigated - but it has since reopened.

The driver involved in the crash stayed at the scene and is cooperating with the investigation.