Breweries preparing for Clovis Tacos and Taps Trail to return 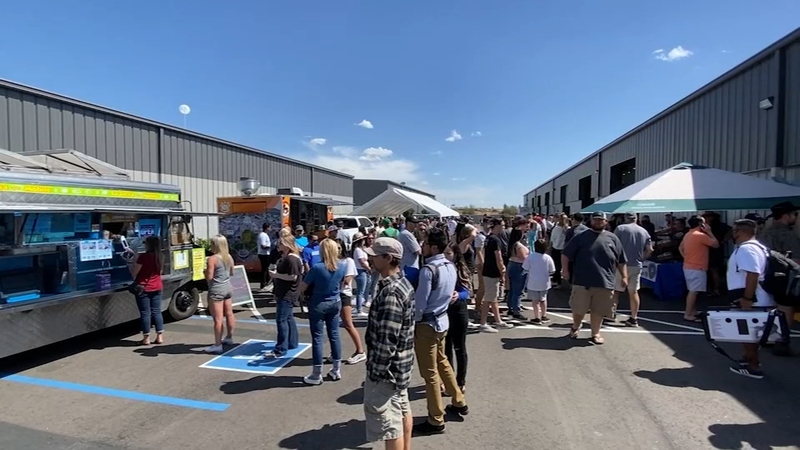 Breweries preparing for Clovis Tacos and Taps Trail to return

CLOVIS, Calif. (KFSN) -- Touted as the Gateway to the Sierras, the City of Clovis is known for popular events like the rodeo and big hat days.

But some of its newest breweries are hoping you add the tacos and taps trail to that list.

Fresno Street Eats founder Mike Oz says, "We have a really cool brewery scene that's on the rise. Specifically in Clovis, they're even better because they're adjacent to the trail."

The inaugural Clovis Tacos & Taps Trail event, in May, drew thousands to six breweries, each with taco trucks or specials, along the Clovis Trail. The stops include the newest breweries MachineHead and Crow and Wolf.

Oz says, "They had both just opened their doors in the middle of the pandemic and these are businesses that planned everything out before a pandemic."

Oz says the idea of the trail was to support local businesses coming out of a time of uncertainty.

Crow & Wolf Brewing President Don Anderson says they had been open 90 days when taking part in the event.

He says, "It definitely got us exposure that we otherwise would not have had, and we're really looking forward to the second because we hope it's going to be the same. "

That exposure led to a following for their beer, cider, seltzers and even root beer. Now Don is looking at expanding.

"We kind of sat back, looked at what we had projected for the first year and we exceeded that just before the beginning of the 7th month," he said.