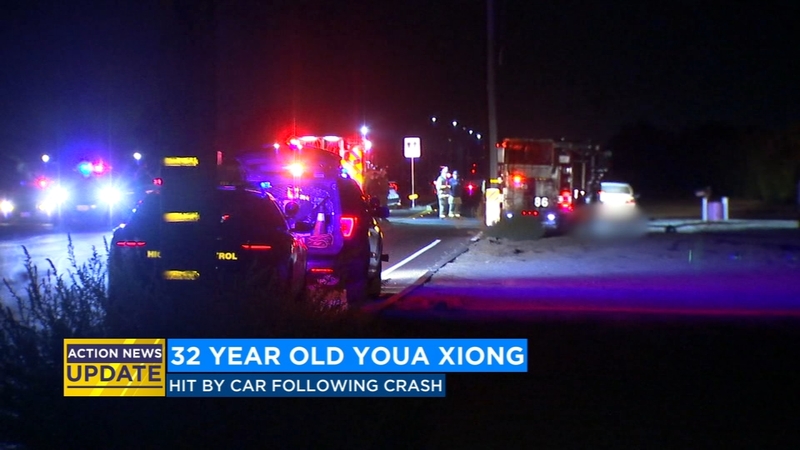 FRESNO, Calif. (KFSN) -- A Clovis woman died when a car hit her after she crashed and fell off her motorcycle early Saturday morning in Fresno County.

CHP officers say Xiong veered onto the dirt shoulder and lost control near Ashlan and Highland Avenue just after midnight.

A man on a motorcycle took a quick turn to avoid hitting her and he was also thrown off his bike. But then a man driving a white Toyota Corolla was unable to avoid her. The car hit Xiong and she died at the scene.

Officers say the Corolla's driver stayed at the scene and cooperated with their investigation.

Officials are trying to piece together what caused the initial crash.