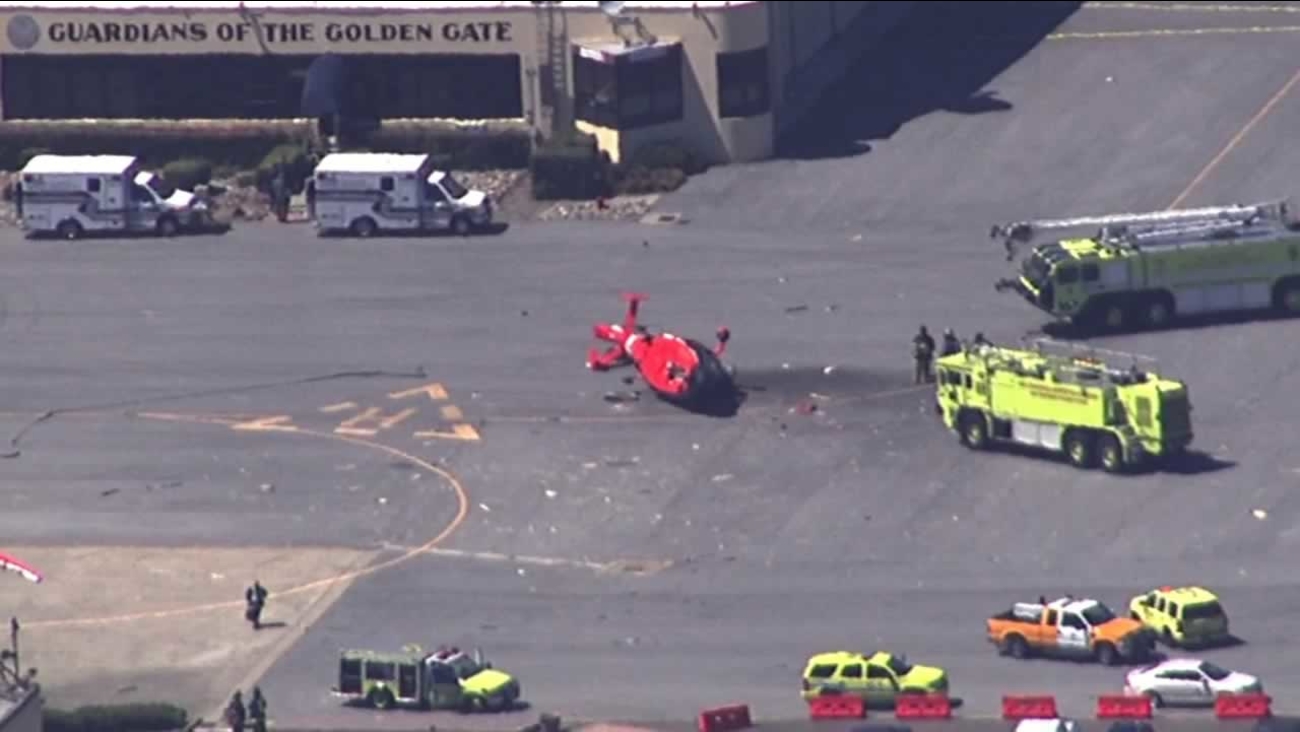 A Coast Guard helicopter landed on it is side after it crashed on an airfield at the San Francisco International Airport, Monday, June 29, 2015. (KGO-TV)

The rescue helicopter, a MH-65 Dolphin, made a hard landing around 2:50 p.m. Monday as a pilot and a flight mechanic were engaged in a routine maintenance test flight, officials said. The helicopter crashed when pilots lost control as they went to hover to land. The helicopter landed on its side.

The pilot and flight mechanic were being treated for minor injuries and were taken to San Francisco General Hospital.

"When they attempted to land a malfunction occurred and the aircraft landed on its side," said U.S. Coast Guard public information officer Bill Colclough. "Fortunately, both crew members were able to exit the aircraft."

The incident accident occurred on a tarmac at a Coast Guard facility at the north end of the airport, said SFO spokesman Doug Yakel said.

The incident is not affecting commercial operations at the airport.

An investigation into the crash is underway.