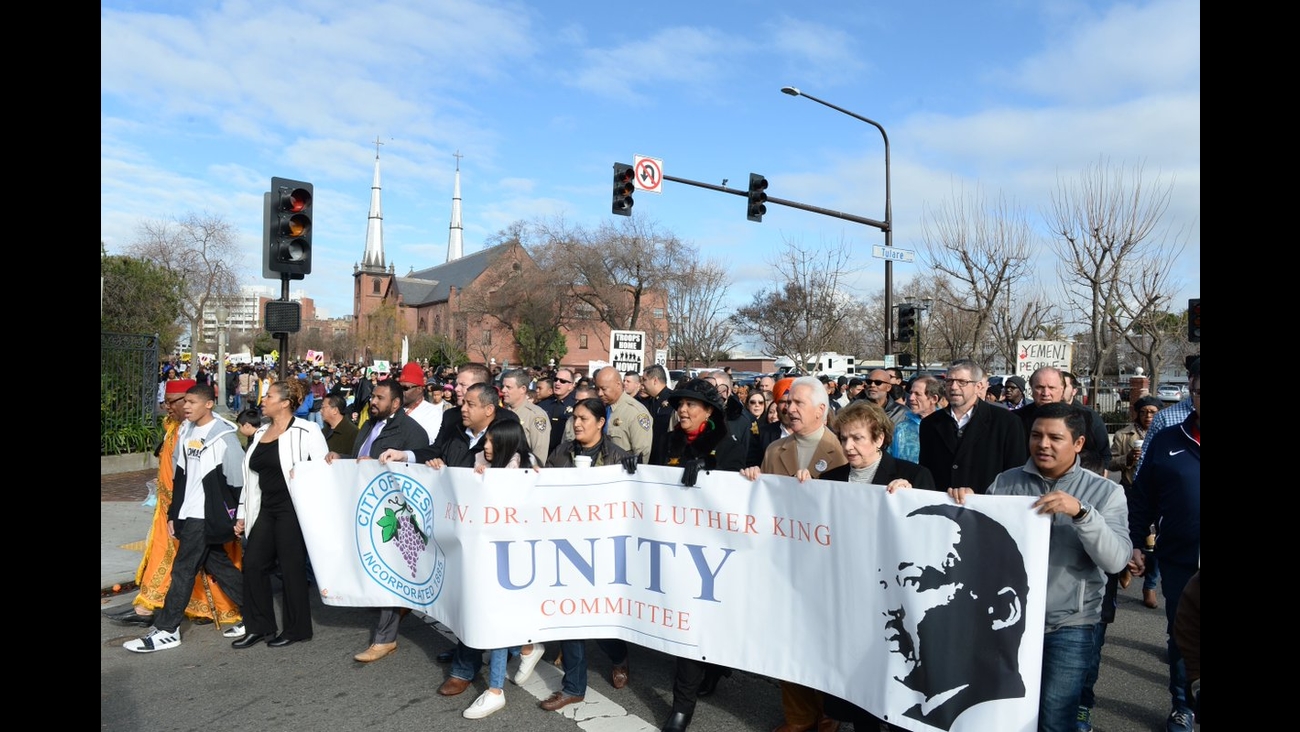 In the closing days of the government shutdown last week, a furloughed Fresno couple had a prime-time moment.

A Fresno couple on furlough got to be on Jimmy Kimmel's show last night - and he even gave them a surprise gift. pic.twitter.com/XckJsBrtLZ

It was a hit on social media, with ABC30's story becoming one of the most-liked and -shared local tweets among Fresno's Twitter users. But tweets from people in the city -- over 220,000 of them between Jan. 21 and Jan. 27 -- ran the gamut from the MLK parade, happenings in schools, and local crime.

Tweets around the city's MLK Day parade were amplified over 175 times by Fresno residents alone, including this event at Wawona School:

Students at Wawona School gathered on Martin Luther King Jr. Day for a “day on, not a day off” in honor of the civil rights leader. Students, staff and families tied fleece blankets to present to the Sheriff’s Department, wrote cards for veterans and created an MLK mural. pic.twitter.com/tH8sSBq7Rb

And on the topic of schools, if you're looking for a job, Fresno Unified is hiring teachers. The city also mourned the loss of a longtime school administrator.

Food banks have come to the rescue of federal employees struggling to put food on the table for their families. FULL STORY: https://t.co/9dgFWKyi9Y pic.twitter.com/5bqwC4Bwyi

Tweets about public safety spurred about 100 replies and retweets among Fresno's Twitter users, including this from the sheriff's office:

What else captured the attention of Fresno's tweeters last week?

Another fun night of high school wrestling in the Central Valley for the @BuchananEmpire @Selma_Wrestling "Battle of the Bears."
#3 in the state Selma brought a lot of energy, but #1 Buchanan again showed it's simply on another level, winning 44-14. pic.twitter.com/TsnUBiDkP9

A Fresno County deputy helping a woman across Fulton Street:

A heartwarming moment between a Fresno County Sheriff's Deputy and a woman was all caught on camera, as the Deputy was spotted helping her across Fulton Street in Downtown Fresno.
(Video Courtesy: Rob Sepulveda pic.twitter.com/8bJGRiRQF4

A benefit for a teen with a spinal cord injury:

And over 150 local tweeters agreed with @KingKMPH: the Fresno State marching band drummer nails it in this video:

Things that are great today: the @FSBMB playing Crazy Train during halftime of the women's basketball game.
I'm not going to say who my favorite person here is, but it's the drummer. pic.twitter.com/tiP6Zv8C6E