More than 11 percent of Fresno's population is Asian.

Kiran Brar is the owner of Hidden Wealth Academy and founder of The Central Valley Kitty. She lives in Fresno and sits on the ABC30 Advisory Council, connecting our station with the Indian American community.

She shared several topics with us recently about Indian culture and customs including the Holi celebration, which marks the arrival of Spring.

Holi
Holi is also known as the Festival of Colors and is celebrated throughout India. It marks the arrival of spring. It takes place over two days and is a celebration of fertility, color, and love, as well as the triumph of good versus evil. People take part in Holi all around the world, but it is celebrated the most in parts of India and Nepal. It is often known for the colored powders that we end up coating each other with.

The first part of Holi is known as Holika Dahan is celebrated the night before Rangwali Holi. It is the night to say goodbye to all evils and harsh feelings. This letting go is symbolized by performing rituals such as the burning of cow patties and wood. It is the night that signifies good defeating evil. Some are even known to stain their foreheads with the ash as a committment to brotherly love.

The next day, people get together and celebrate Rangwali Holi. Rangwali Holi (Holi of the Colors) is the opposite of the ceremony performed the night before. Instead of staining their foreheads with ash, people celebrate this day by throwing color powders (known as gulal) on one another, as well as getting drenched in colored water. It is a day celebrated in forgiveness, love and in letting bygones be bygones.

I just remember being a little girl in India and waking up super excited on Holi. You would have to watch yourself all day because you never knew what villager would be hanging out in the corner or on a rooftop waiting to soak you with color. You would also look forward to the possibilities of seeing old adversaries throw colors on one another, knowing the other would have to keep their heart open and welcome the act with love.

Spirituality
Most of India is very faith-based. Regardless of where you go in the country, it's difficult to get away from spirituality and a belief in this greater intelligence. It is such a diverse country with different cultures and religions and the customs followed by Indian people vary across the country. Hinduism, Islam, Sikhism, Jainism, and Christianity each have their own set of rituals and deities. The Hindu religion, for example, has many deities that are worshipped, while in Northern Punjab, you have the Sikh religion which follow the teachings of a holy scripture known as the Guru Granth Sahib.

Wedding Traditions
One of the most alluring things, I think about the being East Indian, are the magnificent wedding celebrations. I mean regardless of what religion you claim, Indian weddings, in general, come with loads of rituals and get-togethers that can last days on end. The reason for this is that back in old days people traveled by Caravan, and if you were going to marry your son/daughter to a girl from a far away village, then it needed to be a worthwhile trip because it would take days to get there. So the groom's family and friends also known as the -"baraat," would come to the girl's village and stay until the wedding is done and the girl's side would have to host them. So it becomes a long stretch of celebrations, parties, and get-togethers.

The actual wedding ceremony takes place at a temple and depending on what religion you are you may be walking around a fire if you are Hindu or a holy book, which would be a Sikh wedding. In either case, hymns are read, and the couple is then bound in holy matrimony.

Wearing the dot
The dot is known as a "bindi," or "kum-kum," "tikli," or "bottu" depending on what part of India you are from. It stems from a Sanskrit word which means a drop or particle.

Regardless of the region you are from, the meaning behind it remains the same.

It has everything to do with our 6th chakra or the third eye. Its original purpose is to remind us to stay connected to God.

A red-colored bindi was originally worn by brides and served as a sign of marriage. As the bride steps over the threshold of her husband's home, her red bindi is believed to bring good fortune and grant her a place as the family's newest custodian Hence, when a woman is widowed, she no longer was allowed to wear a red bindi or colorful attire due to its association with marriage. Her red bindi would be replaced with a black dot, at most and her colorful attire would now be prominently white.

In modern times, however, the bindi's symbolism has evolved and is now longer strictly adhered to. Bindis now come in various shapes, colors, and sizes, and are mainly used as accessories.

Henna and it's evolution
We refer to Henna as Mehandi. And Mehandi was first used for people who lived in the desert because the Henna plant helped cool the body. Mehandi also creates a beautiful stain that can last for weeks, so it wasn't long before people started to have fun with it and create intricate designs. Many Mehandi traditions were created over the years. Some traditions involved decorating the hands of women at childbirth since women with intricate Mehandi designes were excused from daily household chores, so as not to destroy their body art. Intricately staining the hands of new brides and mothers gave them the opportunity to bond with their new husbands and babies. It was also believed that the darker the stain took to a bride's hands, the more she would be loved by her husband and new in-laws. The tattoos also served as a sign of blessings and good luck.

Attire from various parts of India
Along with a variety of religions in India, comes various types of traditional dress.
The most popular type of dress in India is the Sari (Saree), which is a four to nine-yard unstitched garment that is worn with a stitched top called a choli/blouse. In Punjab and Rajasthan, which is Northern India, the traditional dress is the Salwar Kameez, Pajami Kameez or a dress called a ghagra choli also known as a lehenga, which is a long skirt with a long or short stitched blouse. I am wearing a sari, which is a more formal sari that we usually wear to wedding receptions and more of the extravagant get-togethers. Raman is wearing a salwar kameez, which again is common in attire for the women in Northern India. The men usually wear achkan/sherwani, lungi, kurta, dhoti or pajamas. Achkan's are worn for more formal get-togethers. You will also see that men wear different types of turbans depending on what part of India they are from. 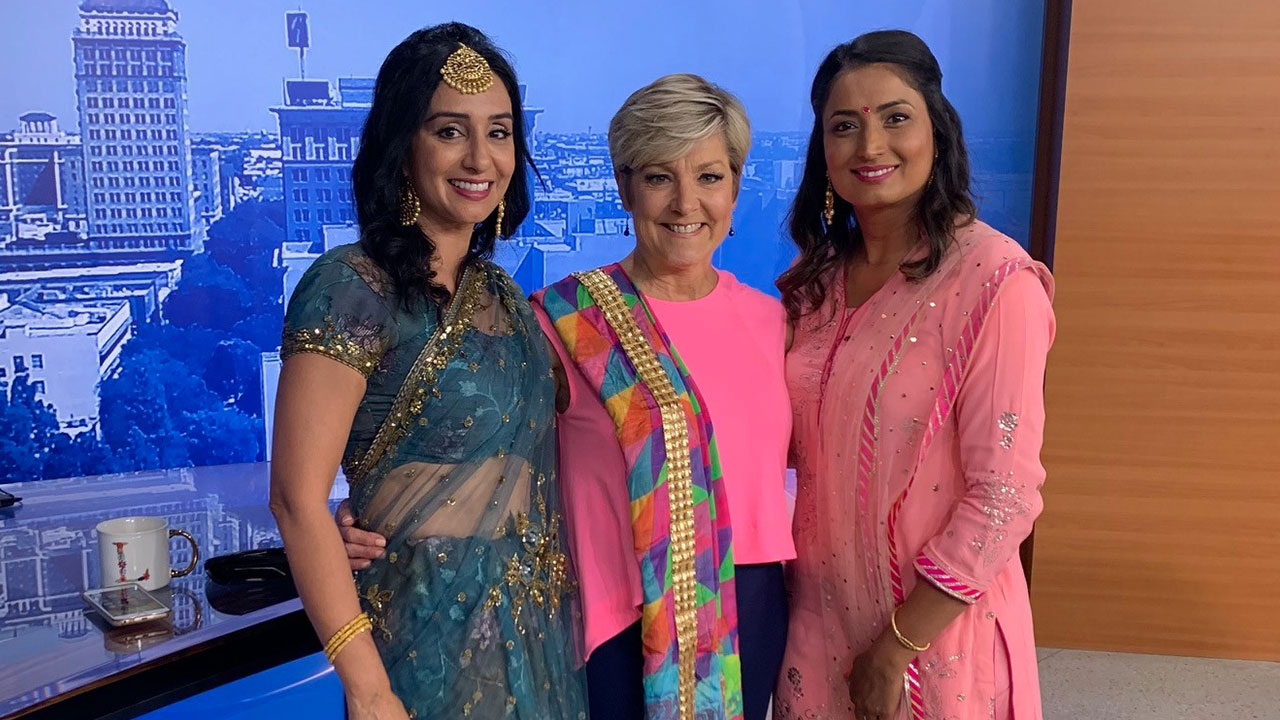 The Central Valley Kitty
The Central Valley Kitty was actually inspired by the original "Kitty Parties," that women hold in India, where they get together on a monthly basis and collect funds in a container known as the "Kitty." They take these funds and give them to a woman in the group, choosing a different woman each month.

About a decade ago a few of us friends would get together and constantly inspire and motivate each other and would joke about holding "Kitty Parties," in order to share this friendship with others. After learning what the word "Kitty," meant, we found it endearing to call each other "Kitty." Years later the group just grew bigger, and before we knew it, we had men and women that became a part of this group. So far we have only had a private group, but we are at a point where we would like to open up this group to the public and start inviting the community to share in many of our East Indian celebrations.

For information on how to join The Central Valley Kitty contact Kiran Brar at kbrar@hiddenwealthofcc.com or (559) 824-3421.
You can also join the Facebook group, Central Valley Kitty.
Report a correction or typo
Related topics:
community & eventsabc30 community
Copyright © 2020 KFSN-TV. All Rights Reserved.
ABC30 COMMUNITY 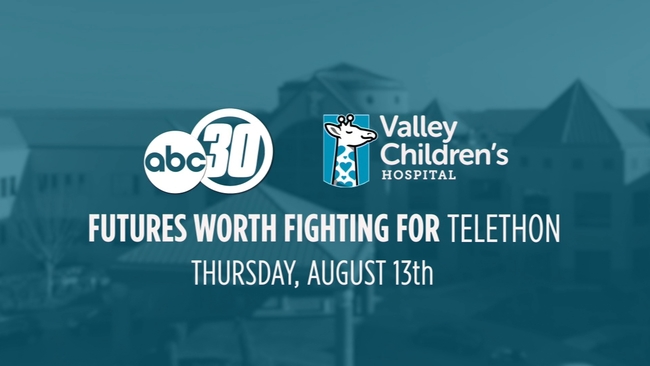 Pint for a Pint Blood Drive 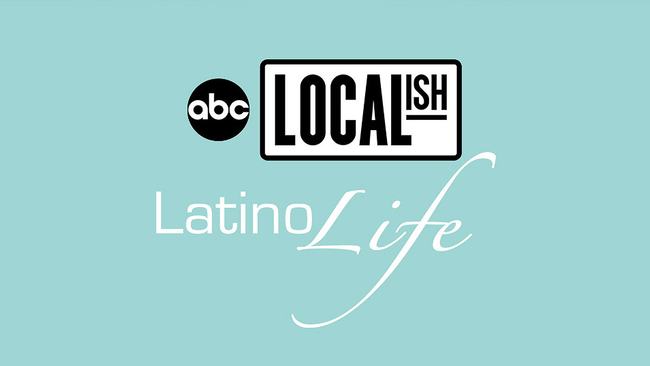