KGO
SANTA CRUZ, Calif. -- A memorial service was held Wednesday morning for the Santa Cruz County sheriff's deputy who was shot and killed in the line of duty earlier this month.

The procession for Sgt. Damon Gutzwiller was held earlier Wednesday, with several viewing points throughout the county.

Watch the video above to hear some of what was said by family and friends at the service.

Sgt. Gutzwiller was shot and killed while responding to a report of a suspicious van near Ben Lomond on June 6.

Gutzwiller worked for the sheriff's office since 2006 and is survived by his pregnant wife and young child. Sheriff Jim Hart described him as a courageous, intelligent, sensitive and caring man.

"Words cannot express the pain we feel for Damon and his family," Hart said. "He was the kind of person we all hope to be. Today, we lost a hero. We are grateful to have known him and we mourn with his family."
Report a correction or typo
Related topics:
community & eventssanta cruzshootingsanta cruz countydeputy involved shootinginvestigationmemorial
Copyright © 2020 KGO-TV. All Rights Reserved.
More Videos
From CNN Newsource affiliates
TOP STORIES 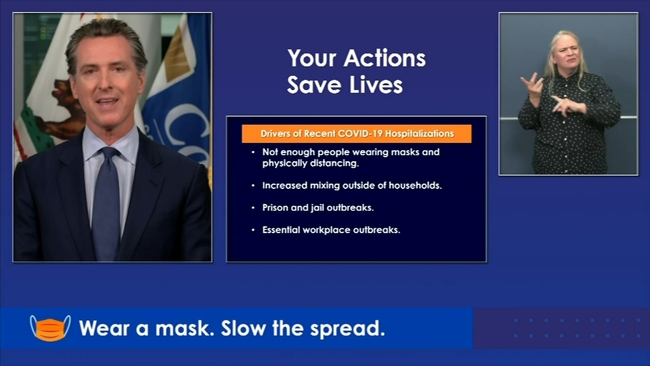