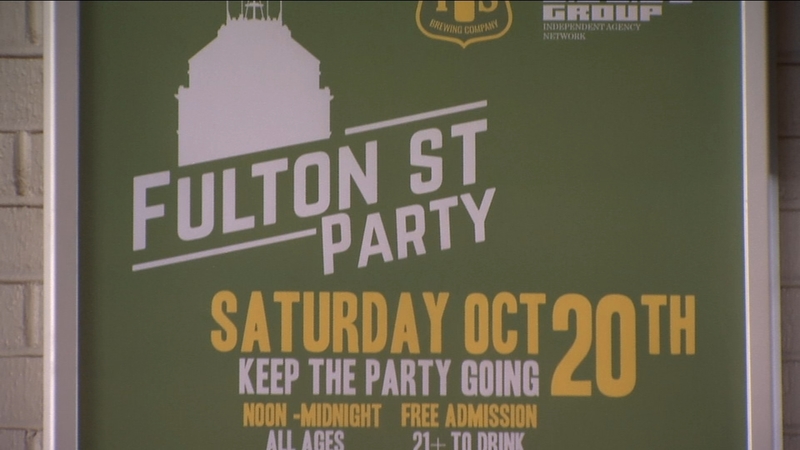 FRESNO, Calif. (KFSN) -- Downtown Fresno is celebrating the opening of Fulton Street with a one-year anniversary party this weekend.

The organizers of Grizzly Fest have partnered with local businesses to bring free entertainment to downtown tomorrow.

"This is an opportunity for people who don't come to downtown to come back here a year later to say look there has been progress. Businesses are moving in there's a lot of excitement happening," said Fulton Street Party Promoter Aren Hekimian.

The event is a collaborative effort of local businesses along with the promoters of Grizzly Fest to bring live music, art, and food to Downtown.

"We like to get in on these types of events a couple of times a year," said Tioga Sequoia President Michael Cruz.

Owners of Tioga Sequoia have invested in a new bar and bathrooms to handle the large crowd that's expected to attend Saturday.

"This event if we're comparing it to last year Fulton St opening or even FresYes it brings about half a millions dollars throughout," said Cruz.

The brewery is also re-releasing a special Fulton Street IPA to commemorate the anniversary.

More than 1,800 gallons have been brewed leading up to the event.

These types of events is what city leaders envisioned when they decided to spend $20 million to re-open Fulton street to vehicle traffic.

"This is kind of our way to show things are happening down here. Be patient be supportive and be excited about it because it's going to happen like it or not," said Hekimian.

Once again, the event is free and runs noon to midnight.