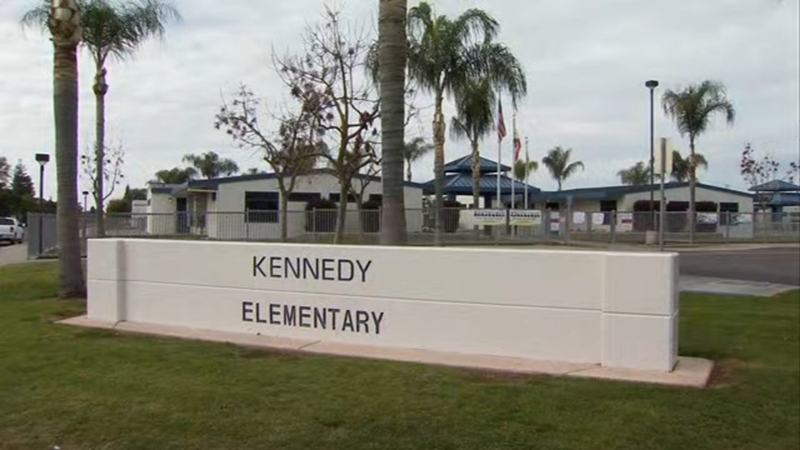 DINUBA, Calif. (KFSN) -- A gas leak at a Dinuba Unified school has resulted in canceled classes for hundreds.

Late Thursday night, parents got the notification that the campus would be closed at Kennedy Elementary since there would be no heating.

SoCal Gas is currently at the school working to fix the problem.

The District tells us the gas leak is near the school's library and has been completely sealed off.

However, officials still decided to cancel classes because, without gas, they can't heat the buildings on campus.

It's an unusually quiet Friday at Kennedy Elementary in Dinuba.

A closer look at the school's entrance gives insight into why this is such a calm campus.

"It is a very, very rare occurrence. I don't think in my ten plus years that we have had a day where we had to cancel class," said Dinuba Unified Superintendent Joe Hernandez.

That rare closure, caused by a gas leak on campus.

Hours later, around 9 pm, messages started going out to parents notifying them class was canceled after gas was shut off, leaving the school without heat.

"Certainly we want our students to be comfortable, to be safe and of course and with this cold weather and the weather we have been having it's just not possible to have a school without heat," said Hernandez.

The school provided an alternative for students who needed care.

About a dozen who showed up were taken next door to Washington Intermediate School.

Their staff created a makeshift campus with different lessons for children.

"It's been a little hectic. Normally you have your set schedule of where you are going to go, and it was, 'Okay, we need to report her because we have this situation," said District Librarian Katrina Sheaffer.

Additionally, about 50 sixth graders were technically "in attendance" but were off-campus for an already planned field trip.

While the day off may have been fun for students, a lack of attendance means less funding for the school.

They're now looking at talking to the state department of education to see if they can have today's absences excused or if they can make them up somehow.

SoCal Gas will be working on campus all weekend long, and the goal is to have the problem fixed before Monday.