Latino Life: How a Valley Teen is Living With Half a Brain 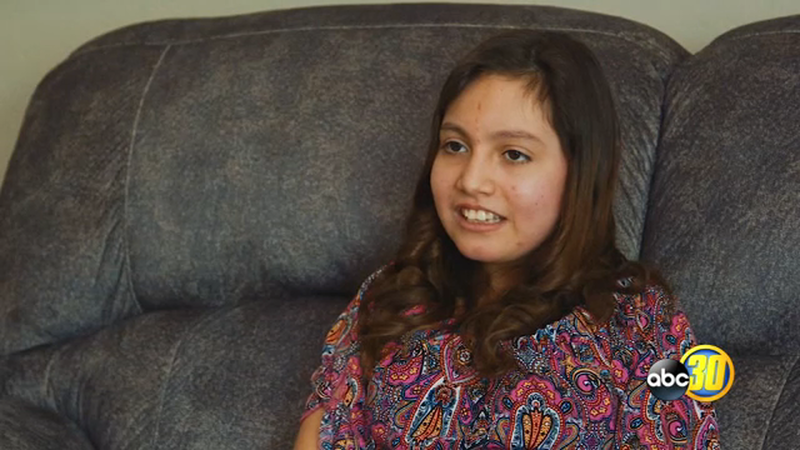 Latino Life: How a Valley Teen is Living With Half a Brain

FRESNO, Calif. (KFSN) -- A Fresno teenager who has lived with seizures her entire life is now seizure-free thanks to doctors at Valley Children's Hospital.

Sariah Moreno is eager to show us her fruit and vegetable garden.

Sariah said, "we have tomatos, strawberries, corn, and watermelon."

Outdoor time wasn't always possible for this 14 year old...she spent most of her life living with seizures.

"I didn't like having them, every time I feel them, I panicked," said Sariah.

Sariah was born with Sturge-Webber Syndrome.

Her mother Barbi Moreno said, "Her seizures were like having a baby 24-7."

Albert Moreno is Sariah's father. He said, "She would have a seizure one a day, sometimes two or three a day and they would just drag her down and she would be out for the whole week."

Dr. Cesar Santos is the medical director of pediatric neurology at Valley Children's Hospital. After special testing, he found she was a good candidate for surgery.

Dr. Cesar Santos said, "I told mom, all of Sariah's seizures are coming from the right side of the brain. So, it's causing the seizure number one, number two it's actually affecting the function of the normal left side."
The Moreno Family had a tough decision to make.

Barbi Moreno said, "out of every organ I think we think about surgery, like the brain is something your not supposed to mess with."

Valley Children's is the only hospital in Central California with a level 4 Epilepsy Center. A team of medical experts prepared Sariah and her family for the life changing surgery known as a hemispherectomy, a rare procedure in which half the brain is removed.

"It's a scary thing to just take your kid and say okay here you go, " said Barbi Moreno.

"What we did is take out most of the right side of the brain so that is gone and then what is left is not connected to your body," Santos said.

Sariah was home in a week, and the results? Amazing.

"They took away my seizures now I don't have them," Sariah said.

Sariah has been seizure free for over eight months since the surgery.
"She was more vocal, more energy. She used words that we didn't know she was capable of using. From the minute she came home,she was a different person," her father said.

With a smile Santos said, "Mom said, 'Dr. Santos I have a problem. Before I had a baby, now I have an adolescent.'

The family is getting rest...

"Not only are we able to go places, me and Dad are actually able to go back out on dates and do things too," said Mrs. Moreno.

And they couldn't be more grateful for the expert care at Valley Children's.

Albert Moreno said, " I get choked up talking about it. Children's was a miracle for us."

Sariah said, "they always have my back. They're amazing."