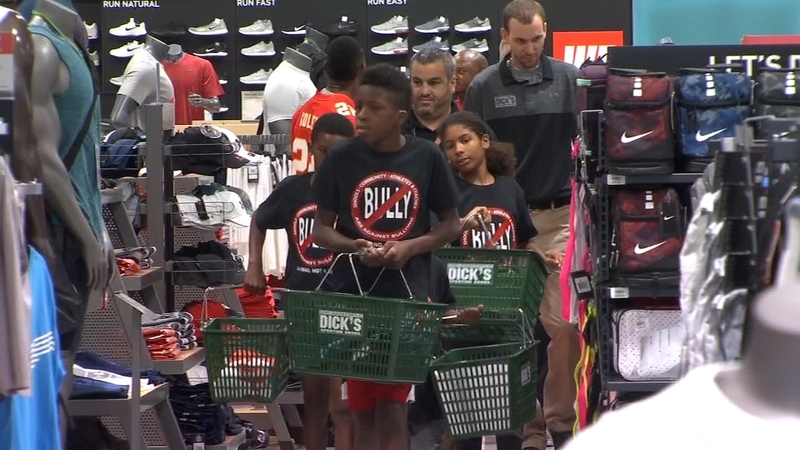 FRESNO, Calif. (KFSN) -- Robert Golden is ready to start a new chapter with the Kansas City Chiefs after six seasons with the Pittsburgh Steelers, but before heading to training camp, the former Edison High standout took a group of book-smart kids on a shopping spree.

Golden explained, "Our whole deal was to just bring in some kids from the community I grew up in. Just to show them that, hey man, if you need some stuff for school or for the upcoming season, I just want to be there to support that."

The hand-picked kids all had good grades and are involved in a mentorship program, so they all were given $100 gift cards.

Lemoria Woods tried to steer her grandkids to the sales. She said, "Well I tried, but they overlooked because they were already determined what they were gonna get but it's just a blessing that they came, and they got to get what they wanted."

All of the kids wore shirts which carried an anti-bullying message. Golden wanted to bring his community closer.

Dasani McCoy, an 8th grader, said, "He tells us to be on our best behavior and act like we got some sense."

Rob figured this was a golden opportunity to reward students who are looking to the future. He said, "To see a smile on the kids' faces that's why we do it for."