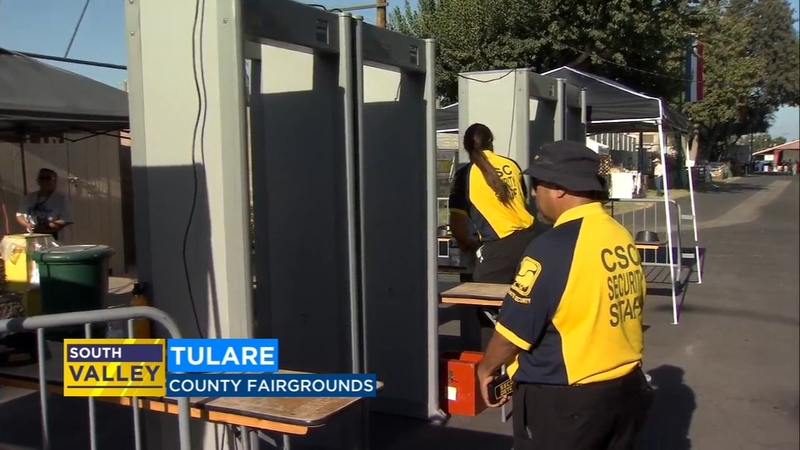 A new layer of security is the first thing visitors will notice.

Before they step onto the fairgrounds they'll need to go through a metal detector and be wanded down.

This is the first time in the fair's 100 years they'll use this safety measure. The recent shootings in Gilroy and El Paso, Texas prompted the change.

"It gives me peace of mind that they are doing this and with the last incident in Gilroy it is scary going to big events and not being safe, but I'm glad they did it this year," said military veteran Ysabel Cardona.

For most, it's a welcome sight.

"I think it is great, It is something that makes you feel safe when you enter a place like this," said fairgoer Grace Ramirez.

"I think it is a good thing that they implemented because I already heard several parents saying they were hesitant of coming to the fair, because of everything that is going around," said Alisia Gonzalez.

Earlier this week, rumors of a shooting circulated on social media. Fyock says after investigating, police and sheriff's officials determined the claims were false.

"The threat is not credible, there is no threat and people can come down and we have a secure fairgrounds," Fyock said.

Changes have also been made to what fairgoers can bring into the grounds.

No weapons of any sort are allowed, even if you have a concealed weapons permit, but not everyone agrees with the change.

Fyock says it's a safeguard used at major theme parks like Disneyland.

Inside the grounds, a mix of security and police are constantly patrolling. All of this to make sure everyone has a safe and enjoyable experience.

As a reminder, the fair is asking people to either bring their items in a clear bag or to leave your purses at home if you want to get in faster.

Thursday, ABC30 is partnering up with the Tulare County Fair and the carnival will be free from 3 p.m to 6 p.m.