Power of the Purse Event Chair joined Valley Focus host Liz Harrison in the ABC30 studios to talk about purses, local male models and the great cause behind it.

Liz:So, ladies, tell me -- what is this event all about? I saw some guys up onstage.

In fact, two of our very own, Brian Johnson and Cory James, were part of this event last year.

Rosemary: Yes. We were so excited that they agreed to be models. This is an annual fundraiser that United Way of Tulare County has put on. And the proceeds go to benefit United Way and what we do in Tulare County. We're honored that this year we get to have Brian Johnson join us again and Jason Oliveira.

Rosemary:And also Mr. Cory James is gonna be our emcee. So we're pretty excited about that.

Liz:Fabulous. So, how does it work exactly? You just show up, and you start bidding on purses?

Rosemary: So, actually -- actually, it's the luck of the draw. You get to -- You buy raffle tickets.

Rosemary: And so it's really an opportunity drawing. For any individual, if they'd like to win the Kate Spade or the Roberto Cavalli --

Liz:..on a Friday morning. What better do you have to do at 7:00 in the morning?

Kendra: Exactly. How else to start your weekend?

Liz: Hey, I recognize that guy.

Liz: So, tell me -- tell me -- Do a little description here of the catwalk.

Liz: You got that right.

Rosemary: And so if you can get a raffle ticket for $5 or six raffle tickets for $20 and have that opportunity to win that purse, I think that's what is enticing about this event, is that people can afford to do that.

Liz: Who came up with this brilliant idea? Was that you, Kendra?

Kendra: Actually, it's -- Women United is a group from -- that's kind of been started by United Way Worldwide. And it's kind of caught on. There's an event up in Stanislaus County and it was checked out and information was brought back down to here. And we're like, "That sounds like fun."

Liz: Is this, like, your biggest fundraiser of the year?

Rosemary: It is. It's actually --We only have two events that we host. And so one is Power of the Purse, and the other one is our annual Recognition Breakfast that happens Labor Day weekend. And so this particular event -- we have in the past used it as scholarships for teachers, to focus on literacy. We're looking at, how do we expand that to college access?

And so just looking at different ways that it can support United Way. But it's been very, very successful.

Liz: Wonderful. There is a little bit of a serious part to this, and that is your keynote speaker this year is Brittany Wilbur from the Sweet Nectar Society. Tell me about Brittany.

Kendra: Brittany is a wonderful person. She is a photographer by trade. And she has a very inspiring back story as to how she started her group. Her daughter became very seriously ill. And she started taking photographs so that she could document her daughter's life. And in so doing and going to Valley Children's and being around other parents with sick children, she felt compelled to want to do that sort of thing for them.

Kendra: And so that's how she kind of started her group. And she has other photographers that are involved in it, and they make books, life-story books for these families of their children.

Liz: ...which is remarkable.

Rosemary: Yeah. They donate their time. And then what they end up going home with is a keepsake.

Rosemary: And so just her leadership in seeing that there was this gap --

Rosemary:That's what she's gonna be talking about, is, when you see something in your community that there isn't -- that's missing and how you as an individual can make a difference.

Rosemary: And she is.

Rosemary: ...June 14th, 7:00 a.m. You can purchase tickets through our website at unitedwaytc.org. And tickets are $50 apiece. Or you can do a sponsorship and have some of your besties -- Bring your besties along, and a table of eight is $500.

Liz: So, you're not gonna go back to work after this is over.

Rosemary: No, a lot of people choose to take that day off.

Liz: Okay. Thank you, ladies, so much. I really appreciate it.

POWER OF THE PURSE 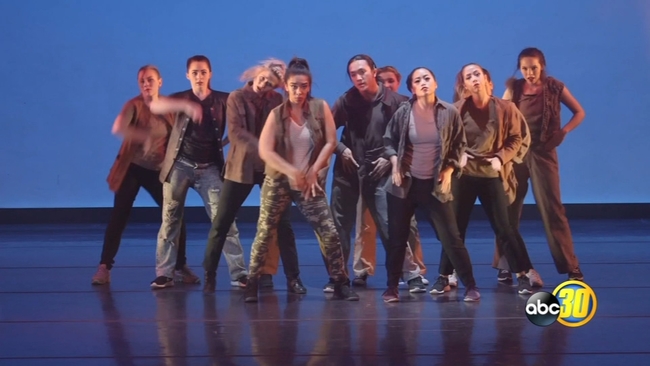 Arts In Motion at Fresno State shows off student creativity 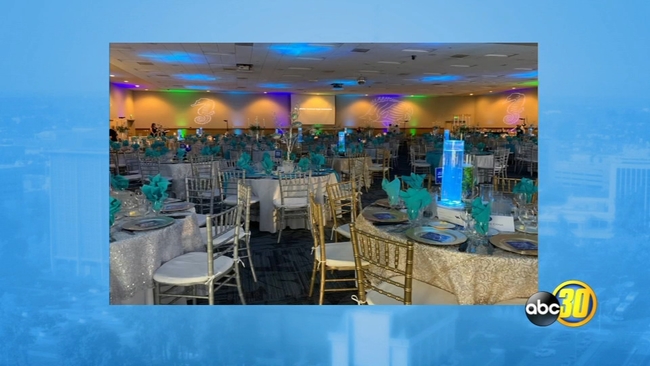 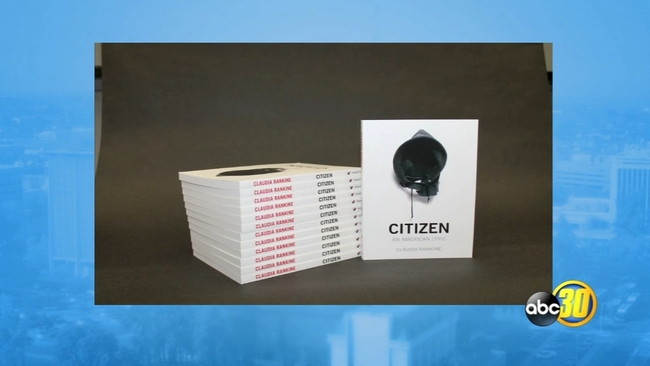