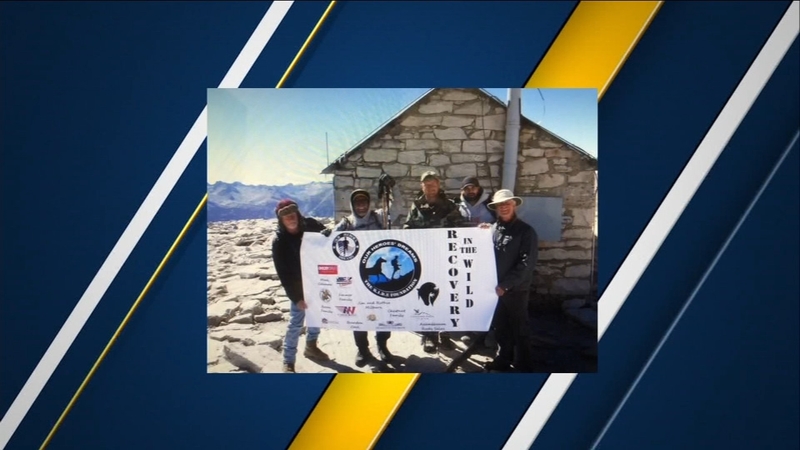 A well-known Valley veteran has taken his mission to new heights.

Justin Bond, who lost a leg in Iraq, climbed to the top of Mt. Whitney last month.

There were times when Bond didn't think he could do it.

"The right knee was hurting...the hip, the back was hurting, shoulders were hurting," Bond said.

But with the help of his fellow climbers, some they met along the way, and his service dog Boomer, Bond summited Mt. Whitney-with one real leg.

Bond lost the other one in 2004, during the first battle of Fallujah.

"(It's) showing other people, hey, if I can do it with one knee took an AK-47 round through it, blew it out and the other knee is gone, missing a leg, then they can do it," Bond said. "And they can probably do it much quicker than 27 hours."

Bond started Our Heroes' Dreams, a Hanford-based non-profit that serves as a one-stop shop for veterans and first-responders, helping them in times of need and also offering healing and spiritual retreats.

Bond has organized big events to raise awareness surrounding veteran suicide rates before, but this one was different-weeks away from home in the wilderness, capped off by scaling wind-whipped boulders on the way to Mt. Whitney's peak.

"You gotta keep busy and he's showing that even with a disability, that he can climb the tallest mountain the lower states here," said Ed Phillips, Our Heroes' Dreams Chaplain. "I think that's an encouragement to a lot of veterans."

Phillips, a retired teacher, lead devotionals and prayers throughout the trip.

Bond also invited a local veteran who was homeless and suicidal.

"He'd had some hard luck here recently, and needed a fresh start," Bond said. "So we took him up there and reset just like we do on the five day healing retreats. Only usually there you get a little bit more spoiled, you get to go stay on the beach, this and that. This time, we said, you're going to climb to the highest point in America."

That veteran is in a much better place now.

Bond says he has a place to stay and is applying for jobs.

But the sad fact, Bond says, is that he's responded to ten suicidal veteran calls since he returned from his trip.