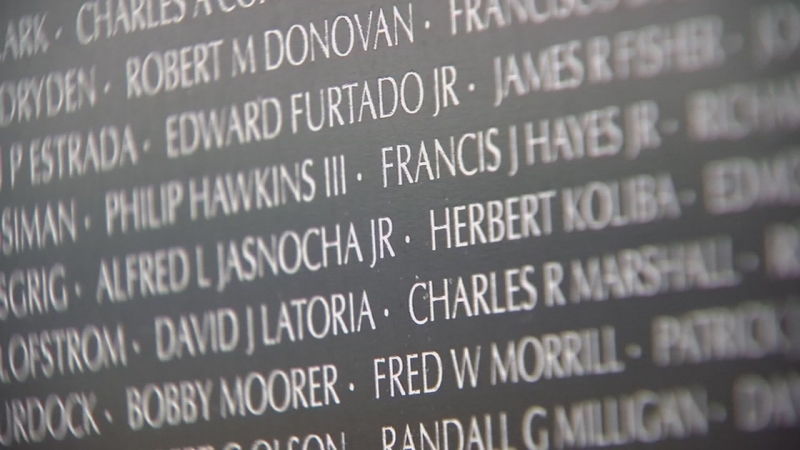 DINUBA, Calif. (KFSN) -- The names of 58,000 service members from the Vietnam War are etched on a long stretch of black stone.

The sacrifice they made no longer forgotten in Dinuba but remembered every day through the Western Regional Vietnam Memorial Wall.

"They gave a lot, they gave everything they have and for that, we appreciate it," said Moses Ibarra, the Vietnam Memorial Wall Director. "In fact, they might be one of the reasons why the rest of us made it home.>

On the anniversary of the end of the Vietnam War, this wall has traveled through California and made a stop in Dinuba.

Ibarra says it took three years of fundraising and $177,000 to make the Dinuba Veterans Memorial Hall the wall's permanent home.

No longer will people have travel to Washington, D.C. to pay their respects.

"It should remind us that those men and woman thought this sacrifice was worthy of such an ultimate price," said veteran Lt. Col. Lorenzo Rios

It also gives Vietnam veteran and Dinuba native Sandy Carr the opportunity to visit her fallen friend every day.

"When I look at it know, it is more meaningful to me because I do know that his name is on their I found it, I made a rubbing of it and that makes the wall more special."