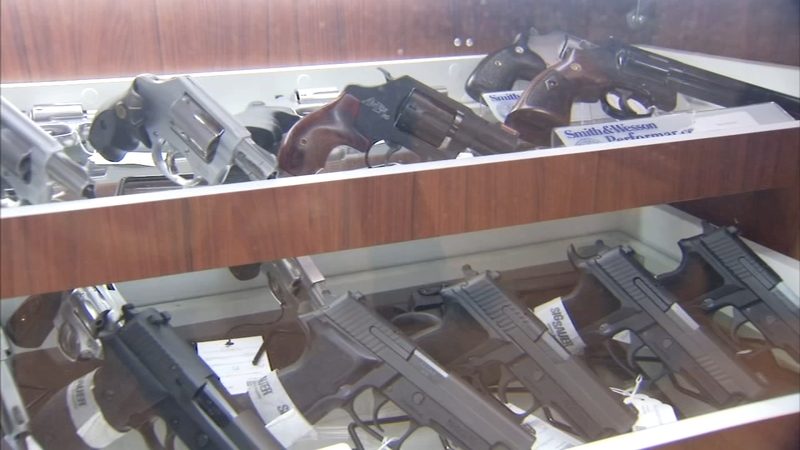 FRESNO, Calif. (KFSN) -- If you're a CCW holder in Fresno County, you're only able to register four weapons, but Sheriff Margaret Mims said, thanks to new technology, that limit is now out.

Sheriff Mims said prior forms sent to the Department of Justice only had space for four guns, but now, permit holders won't have any limit on the number of weapons they can register.

"Now we will list the four weapons and a message that says more weapons may be authorized, and you can call dispatch. With technology, you can see the list of weapons that are authorities," Mims told Action News.

Joseph Ohanion of Ammo Dogs just heard about the changes and said it's a great help for those who carry.

"It's going to give people more flexibility when it comes to the changing seasons when it's hotter and colder. It's going to let them carry a gun that's more suitable to the conditions they're in," Ohanion said.

Mims said the guns have to be legal and registered to the CCW holder. The carrier will also have to be proficient with all the guns registered.

"They're going to have to qualify with each individual firearm," Ohanion said.

Councilmember Miguel Arias said the city was not notified about the changes, and personally thinks it's unnecessary.

"I don't think there's a need for someone to carry more than two concealed weapons," Arias said.

Since the city has different CCW restrictions, Arias said they might have to retrain their officers to get everyone on the same page. He said the city will try to get the word out to both citizens and city staff.

At this time, Arias says they're still working to determine the restrictions that will now be in place between county and city limits.

"We're going to have to figure out what we do as far as notices, not just in city hall, but in all city buildings we own," he said.