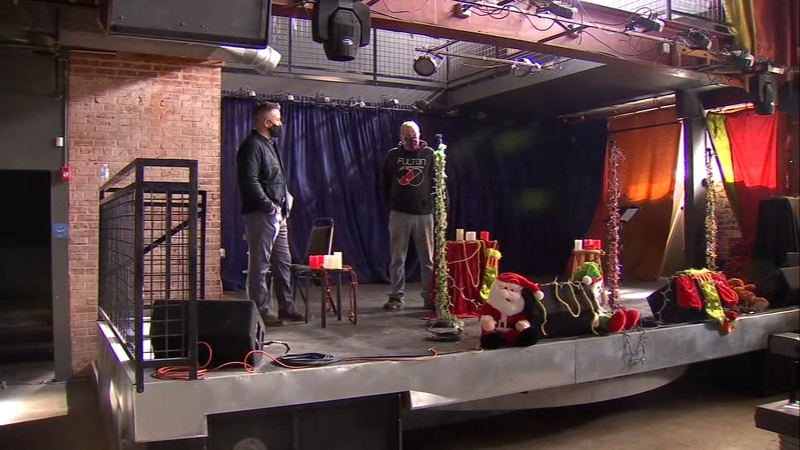 FRESNO, Calif. (KFSN) -- While most entertainment venues remain off-limits during the pandemic -- live concert halls are struggling to survive.

It's an industry that may take years to recover -- even long after the pandemic ends.

As the number of COVID-19 cases surges across the state -- the live entertainment industry remains on life support.

"We're the first to shut down and we'll be the last to reopen," said Fulton 55 general manager Tony Martin.

A grim reality for Fulton 55. The popular live music venue near Downtown Fresno has been shut down since March.

Following a banner year in 2019, 2020 was poised to be the concert hall's most profitable until the pandemic forced its closure.

"2020 started off with a bang; this would've been our really huge breakthrough year, I think," said Martin.

Management was able to put enough money away to upgrade the stage and bar area while adding a touch of flair to the building's exterior in the form of this colorful mural during the shutdown.

They also considered producing online events before deciding it wouldn't be cost-effective.

"To do streaming and to do it properly, you have to invest money in cameras and sound and we just don't want to spend any more money at this point," said Martin.

Many indoor music venues including, Fulton 55, have struggled without revenue and insufficient government assistance while rent and other bills are still due.

"We're struggling but we're making our payments; we plan on being here."

Fulton 55 will celebrate its10th anniversary come January, but without the widespread distribution of a vaccine by then, the music venue will most likely remain empty