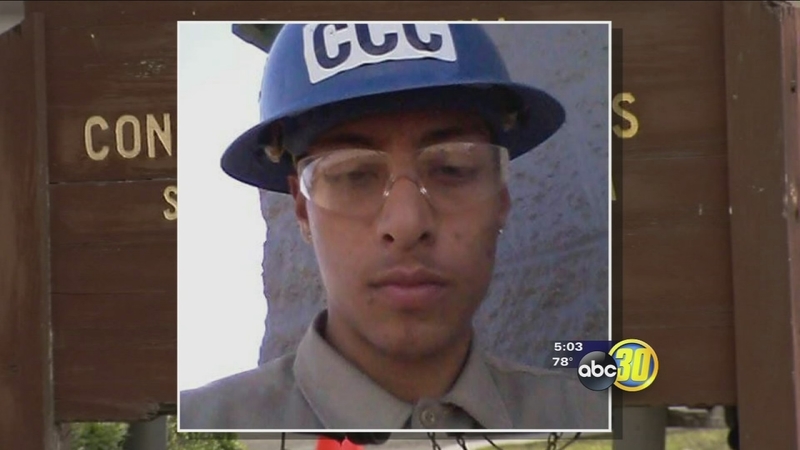 FRESNO, Calif. (KFSN) -- Three people inside a California Conservation Corps vehicle died. Ronnie Cruz survived, but he is now unable to speak after a traumatic brain injury. His mother wants better medical care for her son.

Cruz joined the California Conservation Corps one month before his life would nearly end-- leaving him in an incapacitated state.

"He was just discouraged with finding a job. He was just the man of the house and he wanted to go to school, so he actually did go to school there so he got his high school diploma," said Angela Palma, Ronnie's mother.

Cruz never was able to collect his diploma. Officers said conditions were clear and cool when the driver of the Conservation Corps van pulled out in front of a big rig.

CHP officers have recommended the driver be charged with three misdemeanor counts of involuntary manslaughter for the three who died in the crash. Justin Vanmeter, Rhonda Shackelford, and Serena Guadarrama were pronounced dead when emergency crews arrived, but Cruz still had a pulse and was saved.

"When we seen him, it just seemed like so unreal. Like our only brother that we have-- the one that always looked out for us, took care of us, it's just unreal."

Cruz now requires constant care. He's not paralyzed but is unable to move freely. Doctors have told his mother since he is young he may recover more. So Palma is holding out hope that he may eventually have some quality of life.

"I always talk to him, play his music that he likes, we do activities every day."

And Palma shows him pictures of reptiles since he loved them so much before he was critically injured.