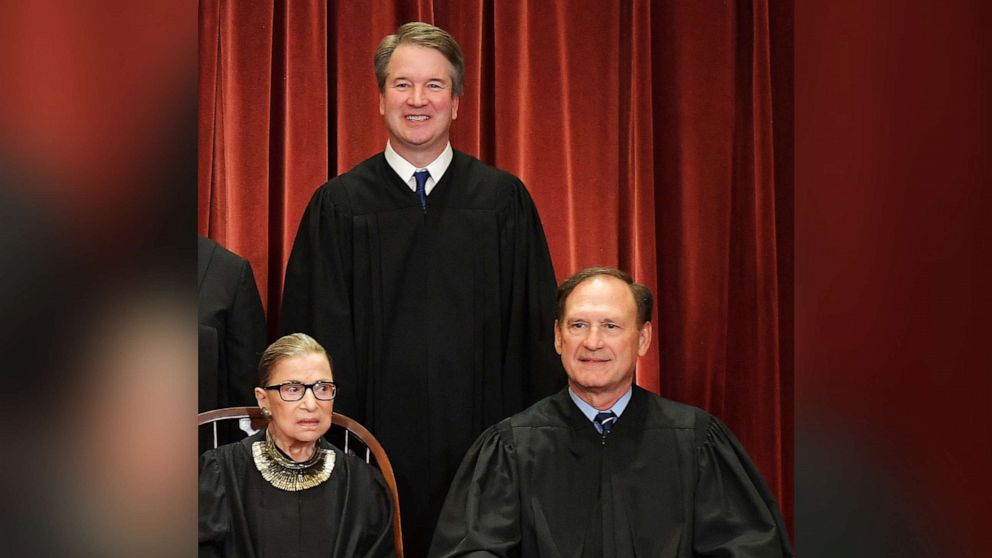 In a highly unusual move, more than a month after the decision came down, Kavanaugh on Monday issued a statement explaining his vote, which may have been a decisive factor in both cases.

The extraordinary back and forth, weeks after the decisions came down, laid bare the stark differences among the justices over how to handle the growing challenge of 11th-hour appeals they regularly receive from inmates nearing execution.

Kavanaugh, the court's newest member, joined by Chief Justice John Roberts, explained that Domineque Ray -- the Alabama Muslim man who was executed in February -- never claimed unequal religious treatment under the First Amendment. He also said the timing of Ray's demand for an imam in the execution room came too late.

"The bottom line is that Ray did not raise an equal-treatment claim. Murphy did," Kavanaugh wrote of Buddhist inmate Patrick Henry Murphy of Texas, who escaped from prison in 2000 while serving a 55-year sentence for aggravated sexual assault and killed a police officer. The court stayed his execution in March.

Murphy had wanted a Buddhist minister in the execution room while Texas policy at the time only allowed Christian or Muslim ministers.

"Unlike Ray, Murphy made his request to the State of Texas a full month before his scheduled execution," Kavanaugh added. "This court's stay in Murphy's case was appropriate and the stay facilitated a prompt fix to the religious equality problem in Texas' execution protocol."

Five days after the Supreme Court issued a stay, Texas changed its policy, banning all religious ministers from the execution room and allowing them only in the viewing room. Inmates can now invite whomever they choose.

Alito, joined by Justices Clarence Thomas and Neil Gorsuch, argued against stays in both cases citing what they call a "recurring and important problem" of "inexcusably late stay applications" inundating the court.

"If the tactics of Murphy's attorneys in this case are not inexcusably dilatory, it is hard to know what the concept means," Alito writes.

One point on which both Alito and Kavanaugh agree: prisoners facing execution should bring their claims to the high court much sooner -- and not wait until the last minute.

"The claims raised by Murphy and Ray are important and may ultimately be held to have merit," Alito writes. "Prisoners should bring such claims well before their scheduled executions so that the courts can adjudicate them in the way that the claims require and deserve and so that states are afforded sufficient time to make any necessary modifications to their execution protocols."