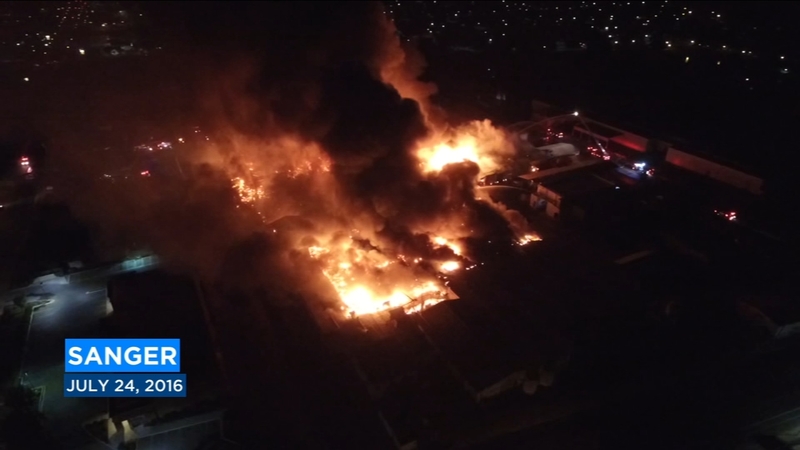 SANGER, Calif. (KFSN) -- The President of a Sanger company is fulfilling a promise made when Initiative Foods went up in flames two years ago. The makers of organic and conventional baby food will soon have a new facility not far from the old site.

The massive fire at Initiative Foods lit up the Sanger sky during the early morning hours of July 23, 2016. The sirens and smell of smoke woke up residents throughout the city.

Sanger Mayor Frank Gonzalez recalled, "It was the biggest I had ever seen. You know, I spent 22 years in the military and I had never seen a fire that big."

At the time, company president John Ypma promised he would rebuild and he kept his word.

Tractors are now moving dirt for a new 30,000 square foot facility a few blocks from where the warehouse burned down.

On Friday employees, city officials and others helped break ground on the new Initiative Foods building.

Dozens of workers stuck by Ypma's side and they're ready to move into the new place.

Production Manager Marvin Canales said, "They're excited. All the employees you can see their faces. They're happy to be back, to be home you know, because we are like a family."

Canales actually moved to Pittsburgh a few months after the fire as the company was forced to shift baby food operations until it could set up space inside another warehouse in town. The new facility will be more efficient.

Ypma explained, "It's going to have all the latest and greatest technology. It is truly going to be state of the art."

Investigators were never able to pinpoint the cause of the fire but Ypma wasn't concerned about fire safety in the new building. He said, "It was an old antiquated building. The new building, even the buildings we're in now, have all the latest equipment in terms of fire prevention and fire protection." 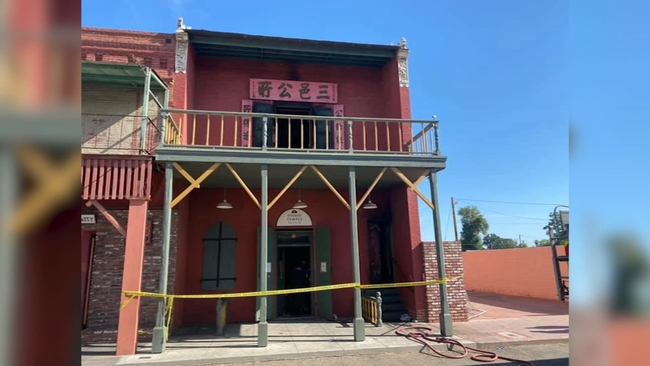