Convicted burglar arrested after breaking into 3 cars in Clovis 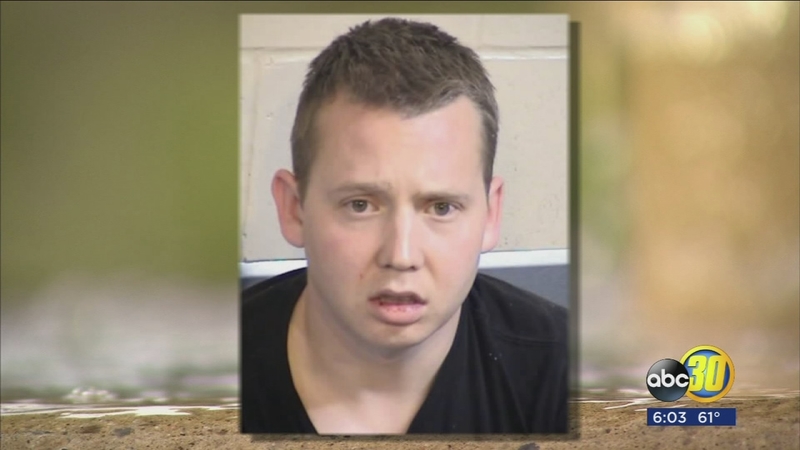 Convicted burglar accused of breaking into 3 cars in Clovis

CLOVIS, Calif. (KFSN) -- When the sun went down Monday, this Harlan Ranch neighborhood got a lot darker than usual, and police found a problem lurking in the dark.

Sgt. Jim Koch of the Clovis Police Department said, "People were reporting their power had been turned off. While officers were out there investigating that, they came across Mr. Meeks."

Logan Meeks has a burglary conviction from 2016 and he's on probation. Clovis police say the 29-year-old broke into three cars Monday, but they caught him carrying some stolen items.

They say he had even more in his house right in Harlan Ranch but his arrest may not stop every burglary in the neighborhood. Two families have recently reported break-ins at their homes, and some neighbors are losing sleep over it.

Harlan Ranch resident, Jason Munoz said, "Bad stuff can happen anywhere and you just hope and pray that it doesn't happen to you and you do the best you can to stay safe and try to protect your family the best you can, but it's a little worrisome going to bed every night not knowing what you can hear or what's going to happen, especially with little ones in the house."

Jason Munoz says it's been the talk of the neighborhood but people are keeping each other informed and posting about the burglaries on the next door app, and they don't expect the crimes to continue for long.

Police say it's good to see neighbors watching out for each other and using next door.