37-year-old arrested after standoff with police in Corcoran 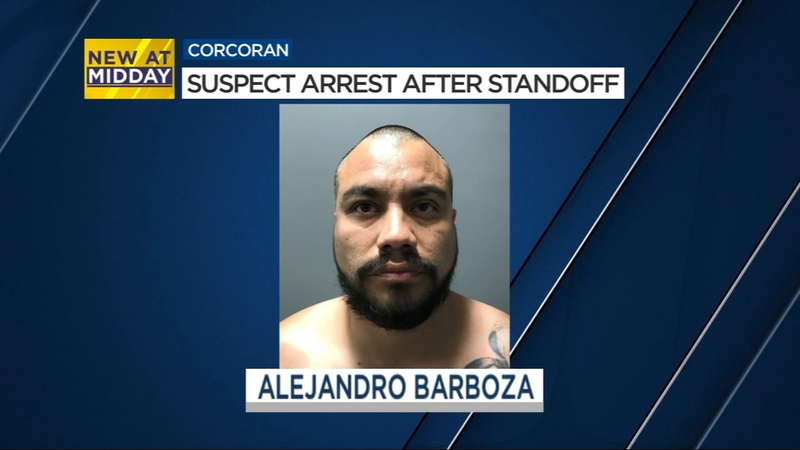 37-year-old arrested after standoff with police in Corcoran

FRESNO, Calif. (KFSN) -- A 37-year-old man wanted by police was arrested after a standoff with law enforcement officers on Monday night.

Corcoran police say officers tried to arrest Alejandro Barboza, who was in the front yard of a home on Whitley and Hale Avenue in Corcoran just before 7:00 pm.

Officials say Barboza ran into the house where he barricaded himself.

Several law enforcement agencies responded, including the Kings County Sheriff's Office and the California Highway Patrol. Authorities were able to get everyone else who was inside the house out safely.

Police say officers used loudspeakers to talk to Barboza, trying to coax him out of the house for several hours, but he refused to leave.

Eventually, a SWAT team was called and negotiated with Barboza. He was then taken into custody by police.