KTRK
By Jeff Ehling
HOUSTON, Texas -- What would have been Derion Vence's first court appearance since 4-year-old Maleah Davis' remains were found has been reset.

A judge reset the 29-year-old suspect's court date Wednesday. Vence faces a charge of tampering with evidence, namely a corpse.

Before the slated appearance, the girl's mother Brittany Bowens and her family were escorted to the court under the protection of Harris County deputy constables.

As they waited to get inside, the group Parents Against Predators for Life started asking Bowens questions about the case, to which she did not answer. She remained silent the entire time.

After court was reset, Vence's attorney did not answer our questions regarding an update on the suspect's mental health evaluation. The attorney added that he was not going to try the case in the media.

Meanwhile, as Bowens left the court room, she would not answer any questions, and those demanding justice for Maleah started shouting at the family.

"Unfortunately, nothing happened today, but I am sure in due time, it will," said a family representative as Bowens left.
This is not the first time Parents Against Predators for Life was present at a hearing. Members say they will be at court each time, demanding justice for the little girl.

Last month, medical examiners ruled Maleah's death was the result of "homicide violence," although, the exact method was not disclosed.

RELATED: MALEAH DAVIS: A look inside the private service that drew hundreds

After the ruling was released, the Harris County District Attorney's Office said its investigation is continuing and that "all evidence will ultimately be presented to a grand jury to determine what charges are appropriate."

Investigators believe Vence was the last person to see the girl alive. Crews spent nearly the entire month of May to find the girl after Vence reported her missing.

But a week after making that report, Vence was arrested, and later while behind bars, indicated to community activist Quanell X that the girl's body was dumped in Arkansas.
Maleah's remains were found in a trash bag along a highway on May 31.
Report a correction or typo
Related topics:
missing girlmissing childrenchild killed
Copyright © 2020 KTRK-TV. All Rights Reserved.
CHILD KILLED

Several young victims fatally shot in US cities on July 4 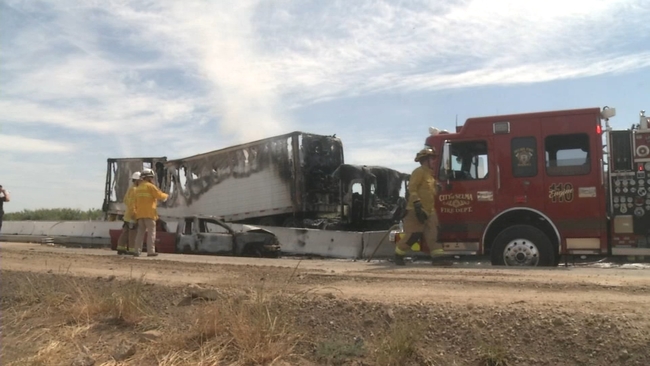