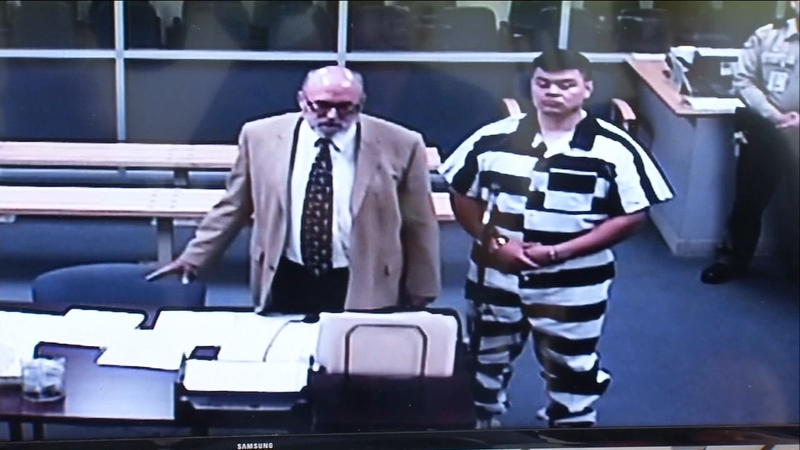 FRESNO, Calif. (KFSN) -- Court documents reveal some of the disturbing details surrounding the alleged actions of Woodlake Police Officer Oscar Robles, who is accused of sexually assaulting two women while on duty.

In a declaration in support of a motion to deny bail, the Tulare County Prosecutor assigned to the case writes that one victim said she was assaulted by Robles inside her trailer, while her boyfriend was detained in the back of Robles' police vehicle.

Robles had reportedly asked her, "how bad do you want to keep your boyfriend out of jail?" before ordering her to take off her clothes, assaulting her, and exposing himself, demanding oral sex.

The declaration says the assault was interrupted by her boyfriend's father, and Robles told her it wouldn't be the last time she'd see him.

That was in January.

"During the arrest, Investigators learned through Woodlake Police Department Chief of Police Marquez that Defendant may flee to Mexico if he were to bail out," the prosecutor writes. "I have personally spoken with Chief Marquez and he indicates Defendant has ties to Mexico and the capabilities to flee to Mexico to avoid prosecution should a bail amount be set."

"Based on this affidavit, it's pretty clear that the government feels that with his relatives in Mexico, with the serious charges that carry-not only serious charges but violent charges, that carry a possible life sentence, the indication now (is) that there's a high probability that he might flee," said ABC30 Legal Analyst Tony Capozzi. "Based upon that, I think the judge really has no alternative to say there's no bail in this case."

Robles' second alleged victim claimed Robles helped a man wanted for questioning in a homicide flee the country by bringing him to the border.

The Tulare County District Attorney's Office says they are looking into allegations of misconduct in conjunction with the prosecution of charges already filed.

"That (claim) has to be proven," Capozzi said. "Just the fact that it's in a declaration doesn't actually mean it's true. It's someone who believes that's the case. The government's going to have to prove that that actually happened."

Robles will be back in court later this month.

He's being held at the Kings County Jail in Hanford.