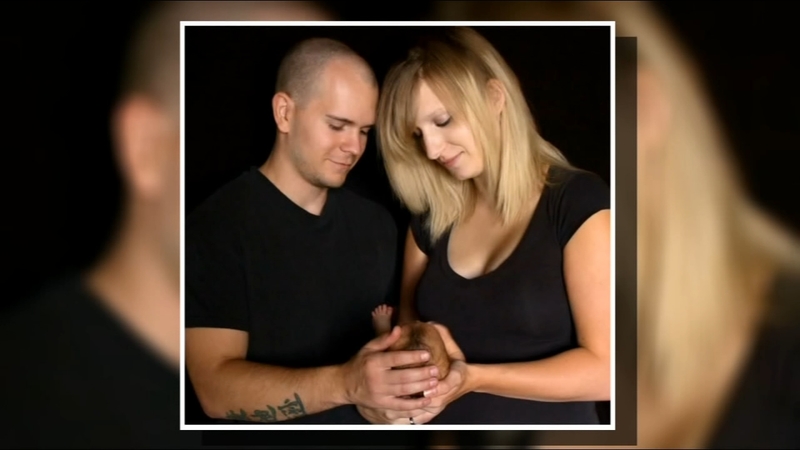 VISALIA, Calif. (KFSN) -- Courtney Johnson occasionally wiped away tears as her attorney argued on her behalf during her sentencing hearing on Thursday.

It has been more than six years since she was charged with child abuse in connection with the death of her baby girl Peyton. On Thursday, she was sentenced to four years in probation.

After a long trial, her ex-husband, Aaron Rowe, was convicted of murdering Peyton in the second degree this summer, sentenced to 18 years to life in prison.

Defense attorney Sara Bratsch said her client agreed to fully cooperate with investigators and enter a plea agreement after hearing some of the case's disturbing details.

But the district attorney's office disagreed.

Prosecutor Brenda Broker said Johnson failed to prepare to testify at her ex-husband's trial, and when she did, it showed.

Broker said Johnson was hostile towards her, but forthright when questioned by Aaron Rowe's defense team.

"It was almost as if she were still in love with that Aaron Rowe and was worried that something bad was going to happen to him. She was almost up there protecting him," said Brenda Broker from the Tulare County District Attorney's Office.

On Thursday, Bratsch asked Judge Joseph Kalashian to at least reduce the charge from a felony to a misdemeanor, but Kalashian said that would be wrong and would diminish the life that was lost.

Ultimately, he said the probation department got it right, and followed their recommendation, sentencing Johnson to four years in probation.

Meanwhile, Aaron Rowe is locked up at Pleasant Valley State Prison in Coalinga.