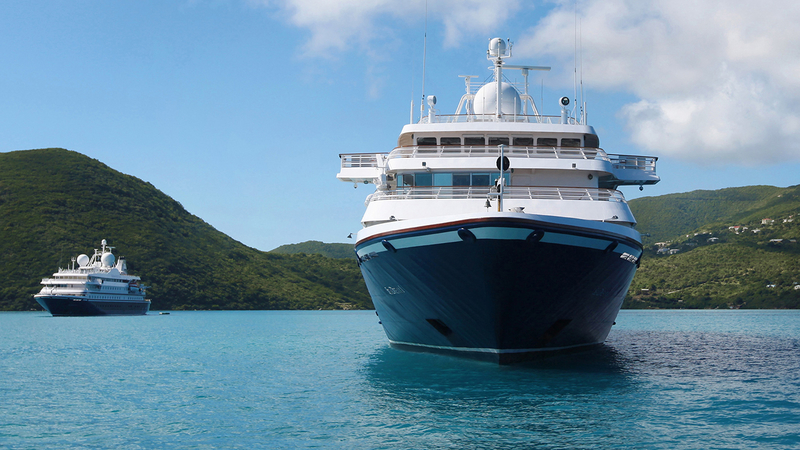 A COVID-19 scare is the last thing the cruise industry needs as it eases back into the Caribbean.

Yet on Wednesday, a passenger on SeaDream Yacht Club's SeaDream 1 received a preliminary positive test result for COVID-19, according to Gene Sloan, a senior reporter for cruise and travel at The Points Guy, who was aboard the ship.

CNN Travel reached out to SeaDream on Wednesday afternoon for confirmation. The company said it would provide a statement but had not issued it to CNN as of 6:30 p.m. ET.

SeaDream 1 is the first cruise vessel to resume sailing in the Caribbean since the start of the pandemic.

Sloan reported that the captain informed passengers of the preliminary positive test over the ship's intercom system shortly before lunchtime on Wednesday.

Passengers were instructed to return to their cabins and remain isolated there, he said.

The ship was anchored off Union Island in the Grenadines at the time of the announcement, according to Sloan, and was immediately headed back to Barbados.

The impact on the industry of the incident "will depend in part on how this situation unfolds in the coming hours and days," Sloan told CNN Travel via email from his cabin on board. "But it's not a great development for the cruise industry. I think the hope had been that the rigorous testing that SeaDream was doing would keep Covid off its ship."

Extensive, multilayer testing for COVID-19 has been an integral part of SeaDream's efforts to create a Covid-19 negative bubble aboard its ships.

Passengers were tested both in advance of traveling to the ship and also before boarding the ship, Sloan said.

"And SeaDream also was testing passengers four days into the trip," he said. "We were scheduled to be tested again today. That's a more rigorous testing plan than most lines had been discussing for the restarts."

That rigor is due in part to the strict testing required by Barbados, where the ship will be based for the season, Sloan noted.

The line was confident in its safety precautions when it announced its winter voyages from Barbados, which started on November 7. The Caribbean sailings followed a successful summer season for SeaDream in Norway, which the line said "resulted in zero positive cases during the entire Norwegian summer season."

"As the first luxury line to begin sailing again, we have learned many lessons and are confident we can provide a safe environment without sacrificing luxury," said SeaDream's Andreas Brynestad in the September announcement outlining the Barbados voyages.

In addition to Barbados, the itineraries include calls in St. Vincent and the Grenadines and Grenada, which are all open to Americans.

During a "Good Morning America" interview Thursday, Dr. Anthony Fauci urged Americans to "hang in there" and "double down" on COVID-19 preventative measures as progress is made toward a vaccine.

SeaDream's ships, which the company refers to as "superyachts," have 56 staterooms, with a capacity for 112 guests and 95 crew.

Carrying fewer than 250 guests outside of US waters allows SeaDream to operate outside of the US Centers for Disease Control and Prevention's orders around cruising.

The CDC recently issued a "Framework for Conditional Sailing Order for Cruise Ships."

The order, which applies to cruise ships in US territorial waters that have the capacity to carry at least 250 passengers, is considered a tentative step toward the resumption of cruising.

Trade group Cruise Lines International Association said it will work with the CDC to resume US sailings as soon as possible, but that its members would continue a voluntary suspension of operations through the end of 2020.