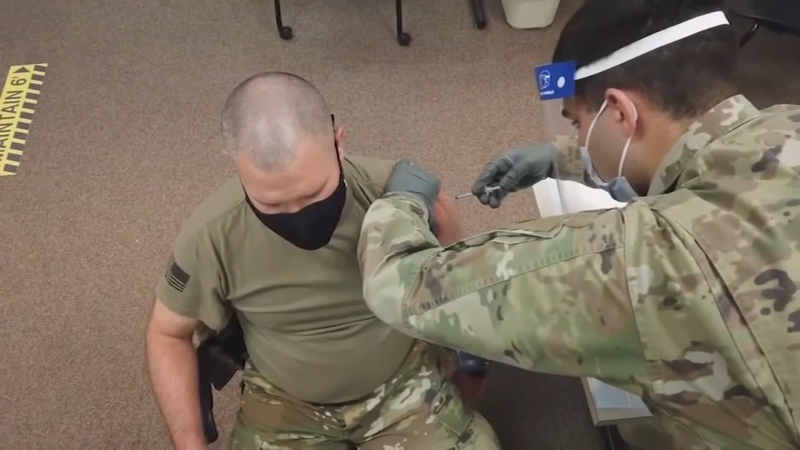 Secretary of Defense Lloyd Austin is expected to announce his recommendation to President Joe Biden that COVID-19 vaccines be made mandatory for troops, officials told ABC News Wednesday evening.

The president last week directed the Department of Defense to look into how and when vaccines could be mandated for service members. Austin's recommendation in response to that request is expected to be in favor of vaccine requirements, but for Austin to implement such a policy, he'll need a written waiver from Biden.

Because COVID-19 vaccines are available to the military under the Food and Drug Administration's emergency use authorization (EUA), the shot has so far been strictly voluntary.

Pentagon officials have publicly said they would consider requiring COVID-19 vaccinations, as is done with more than a dozen other vaccines, after the FDA fully approves the vaccines.

"I believe that when it's formally approved, which we expect pretty soon, we probably will go to that, and then that question will kind of be moot," Vice Adm. John Nowell told a sailor in a town hall question-and-answer video posted to Facebook last month.

The CDC said even vaccinated people should wear masks indoors in areas with high levels of transmission.

It's reasonable that the FDA will fully approve the Pfizer vaccine by early September, a senior White House official familiar with the FDA approval process told ABC News Tuesday night.

However, while the two-shot Pfizer vaccine is considered suitable for most troops, the single-dose Johnson & Johnson is preferred in some cases, such as for those who are deploying overseas or aboard ships. A waiver from Biden would mean the DOD wouldn't have to wait for all of the vaccines under EUA to be fully approved before being able to require them, which would afford the Pentagon more options.
Report a correction or typo
Related topics:
health & fitnessvaccinesmilitarycovid 19 vaccine
Copyright © 2021 ABC News Internet Ventures.
TOP STORIES
Christmas Tree Lane opens, excites crowds for 99th year
Mental health history could cloud murder case in Auberry attack
CA Department of Water Resources announces 0% water allocation
2 killed in car crash in Porterville, CHP says
Newsom encourages COVID-19 shots as new variant detected in CA
Good Sports: The road ahead for Fresno State football
Man who rescued baby in 2019 dies following suspected DUI crash
Show More
New active adult apartment complex officially opens in Campus Pointe
Fresno State seeing improved graduation rates as part of initiative
Trans-Siberian Orchestra performance at Save Mart Center postponed
Fresno Pacific returning to in-person graduation ceremonies
Vacant supermarket in Caruthers consumed by flames
More TOP STORIES News