KFSN
By Sontaya Rose
FRESNO, Calif. (KFSN) -- The Vasquez family had six kids to round up last weekend as the fire quickly spread toward their home. They hoped to get back up to grab their beloved pets, but it was too late. Massive flames had already reached their community and torched their home.

They didn't think their pets made it until they got word that firefighters found a few amidst the charred remains of their home.

"Even though we don't have a home to go to up there, with everything that's happening, our animals coming back, this is more hope for us. That you know, we still have each other, we still have a few of our pets," said Big Creek resident John Vasquez.

A US Forest Service worker returned their dog Sydney to the family on Wednesday. The dog first recognized three-year-old Eden.

The first days being evacuated, guilt filled John and Chrystina, who panicked and had to get six kids together. They had one car and it was packed with people.

"We left the gates opened. We were just hoping we would have the opportunity to come back up. By the time we made it to Shaver, the fire had already reached Big Creek Road," John said.

"I thought if anyone's going to save those animals and take care of them it would be me. It was my job and I failed. It still eats me up," Chrystina said.

But then, someone sent them a picture. It was a firefighter holding Sydney.

Her return Wednesday brought the first smiles the family has shared during what's been a heartbreaking and devastating several days.

"We've cried so much already that it's just like hard to try to keep it together," said John.

Ash covers the concrete slab and what remains of their home. Sydney's return made them optimistic some of their other missing pets may still be alive.

Thursday they received another picture. Their cat Mayzie also survived the flames. Barely.

"I worry for them. What did they see? What did they go through? My cat obviously went through fire to get away and to save herself. She's untouched, I wonder what are their stories," Chrystina said.

Mayzie's fur was singed by the fire. Her paws are burned. She's being treated by a vet and will endure a painful recovery. The vet bills were taken care of and the family is finding small blessings during such a traumatic time.

"To have her here and to at least have our cat and one of them is just fighting to live. It gives you faith, it gives you hope and everybody that's come together to help us," she said.

Friday afternoon the Vasquez family found out the US Forest Service found another one of their cats. Their six-month-old Jinxies was found in perfect condition. It now means that half of their family pets have been saved.
Report a correction or typo
Related topics:
shaver lakedogscatspetscreek firewildfireanimals
Copyright © 2020 KFSN-TV. All Rights Reserved.
CREEK FIRE 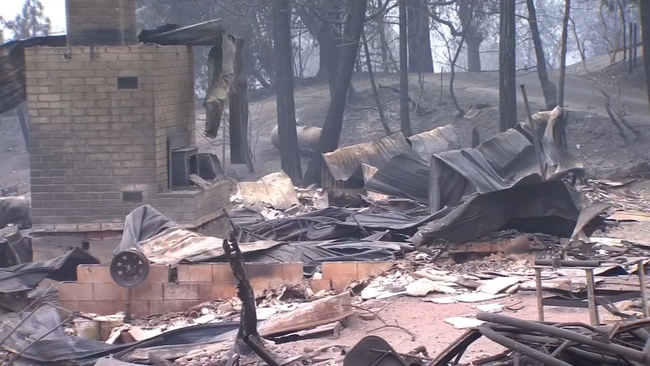 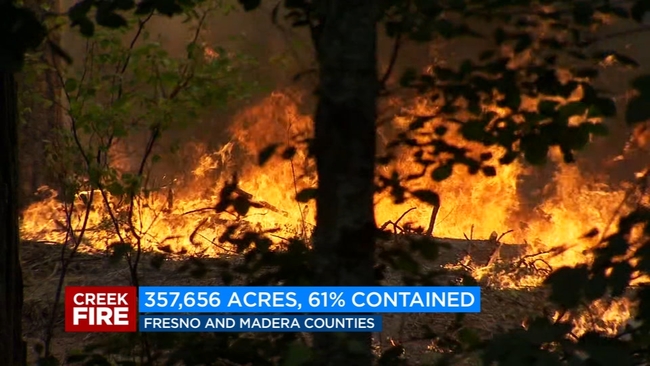 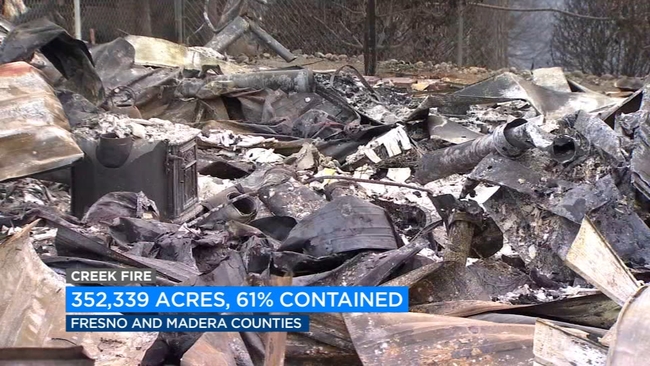