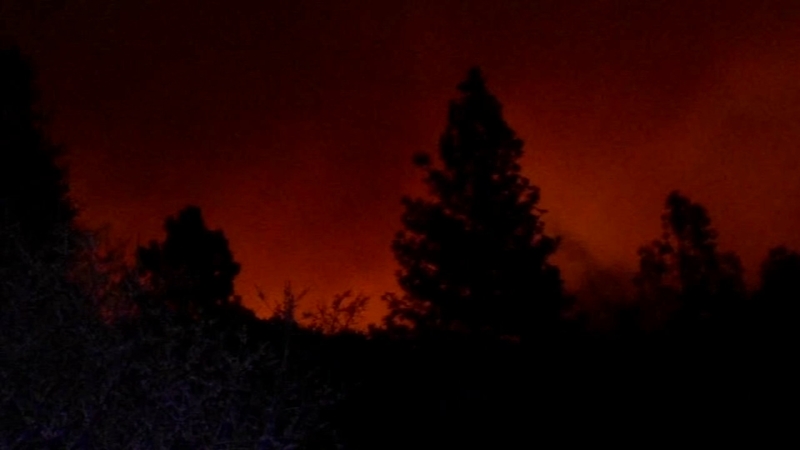 FRESNO, Calif. (KFSN) -- In Madera County, fire crews are shifting resources in an effort to gain an upper hand against the Creek Fire.

After crews were able to get some containment in Madera County, they're focusing their efforts north and moving towards Bass Lake.

"We're moving the equipment and people more north to try and get some of this area secured towards Bass Lake, " said Fire Information Officer Ryan Berlin.

But posing both a help and a hindrance is the smoke, keeping temperatures cool but holding back a valuable resource.

"The smoke is a double-edged sword," said Berlin. "It's helping us by keeping the temperatures down and helping the firefighters gain.

"It's also not letting our aircraft get up and assist," Berlin continued. "With this smoke, it's too dangerous to fly. Your visibility right now is only a quarter mile at best and we can't fly the helicopters in this thick smoke."

It has been a long and difficult week for North Fork evacuees Pat and Dick Larson.

"It has been one of confusion," said Larson.

As of Thursday, their home is still standing and with more resources headed north, they're hoping for the best.

He's hoping for news on when he can return home.

"That's just the way things happen up here," said Gilmore. "This is the worst we've seen this though."

Fire crews say they're hoping once the smoke lifts, they'll be able to use their aircraft to attack this fire from above in the next few days.