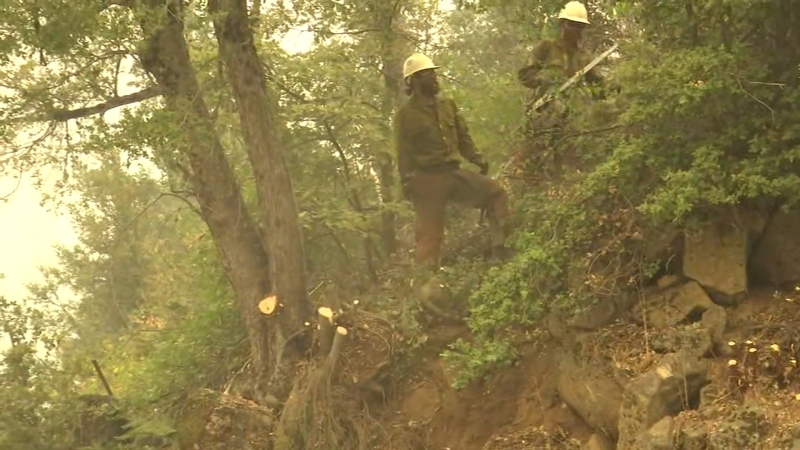 FRESNO, Calif. (KFSN) -- It's been a long week for these U-S Forest Service crew members.


Since the Creek Fire broke out, firefighters have done everything in their power to slow and stop the inferno from spreading.
This crew is chopping down trees and brush up and down Autumn Ridge Way in Madera County.

They're doing this to create defensive fire lines.

"The progress they're making day by day especially under these conditions is really setting them up for success," said Furuno.

But that progress is met with setbacks. As spread slows down to the west flames continues to move further northeast.


Furuno said approximately 80% of the trees in that region have been killed by bark beetles.

That makes trees much more flammable.

"Sending our firefighters into the fire lines with these dead trees is just much more of a hazard for us," he said.

So far, the blaze has destroyed a confirmed eight homes in Madera County. According to firefighters, most areas are still too dangerous to go into.

Many of roads can't be accessed because they're blocked off by rubble.

At the moment, defensive measures like making fire lines are top priority.

Authorities said the next 48 hours could be a turning point.