Fresno woman describes waiting for family trapped by Creek Fire while hiking: 'I miss my family' 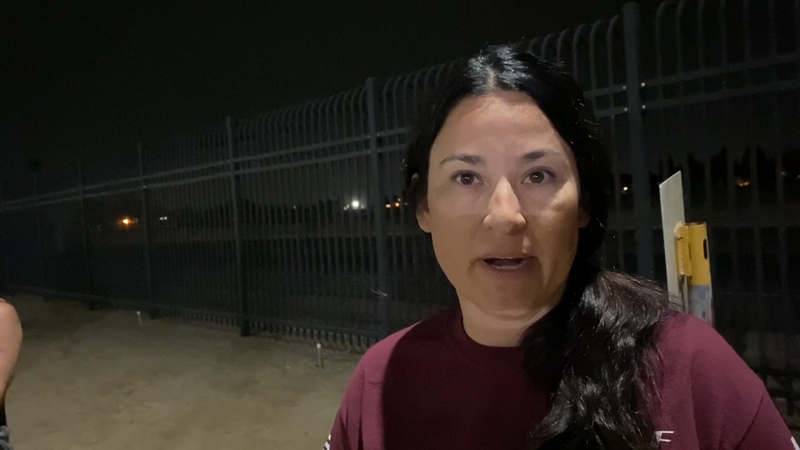 FRESNO, Calif. (KFSN) -- A Central California woman whose husband and son became trapped by the Creek Fire while hiking over the weekend said it has been "awful" waiting for their rescue.

In an interview with ABC News, Lisa Ebright of Fresno said her husband Joe and son David left to go hiking Friday before the fire broke out.

"I don't think that they were aware of the fire when I got in touch with them on Saturday. I told them about the fire -- I told them where it was and they told me it was going to be plenty of space, that they're fine."

She continued: "The next day came and the fire spread fast because the wind changed. That's when [evacuations were ordered] where they were, and they were not aware...I told them, 'You need to come home. They just placed an evacuation on your area, you need to come home right now.'"

He told Ebright that "everything was smoky" and noticed there was ash in the air, adding that he would start the four-and-a-half-hour hike back to the car.

"I think he could hear the panic in my voice because they don't have any type of reception so he had no idea what was going on," she said.


The National Guard was able to safely airlift people out of China Peak and Lake Edison on Tuesday, with efforts continuing through the morning. Officials say that the people are safe and being cared for.

Ebright said the waiting period has been "awful," explaining: "Everybody's been super nice, but the anticipation of it -- we were here earlier to find out that the plane was empty, so that was a big disappointment. We know that everybody's trying their hardest to help...I miss my family."