Crews battling Creek Fire get some help from snow and rain

The change in weather is welcome but also comes with new dangers for Creek Fire crews.
KFSN 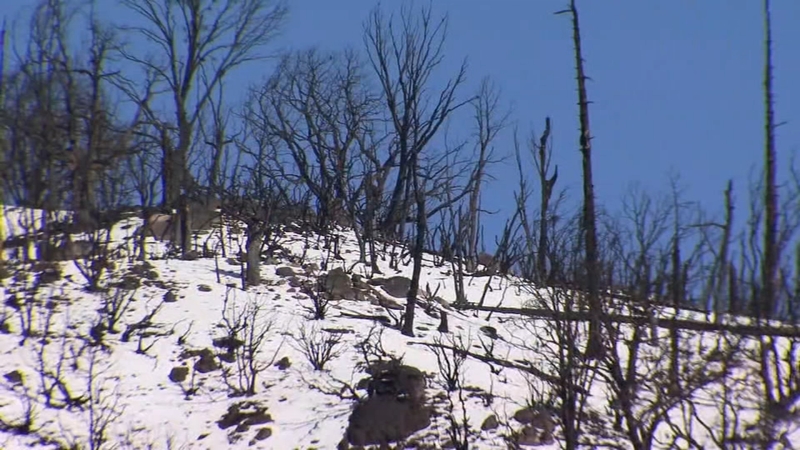 Crews battling Creek Fire get some help from snow and rain

FRESNO, Calif. (KFSN) -- Rain and snow in the Sierras that started over the weekend may mark the beginning of the end for the Creek Fire.

Once-dry fuels are now damp, stopping the spread of flames.

The response team has also been reduced.

But getting full containment is still a challenge.

Mowry said rugged terrain is keeping crews away from fire lines and making it more difficult to assess their progress.

He adds that underneath the snow, there could be hotspots.

"Snow is an insulator and if you have fire down into the ground that snow can insulate that fire and keep it alive," he said.

The change in weather also comes with new dangers for hand crews.

Instead of digging fire lines, crews had to dig themselves out of the snow on Sunday.

That same day two firefighters had to traverse knee-deep snow after working on portable cell tower set up at China Peak.

"Our crews aren't sitting around camps, they are going out and looking for spots where they can get into," said Mowry.

Fortunately that wasn't the case this weekend.

"The amount of snow that fell is not significant enough to melt and cause any flooding," said Creek Fire meteorologist Jim Dudley.