Creek Fire: Victims search for memories and mementos in wake of wildfire's path 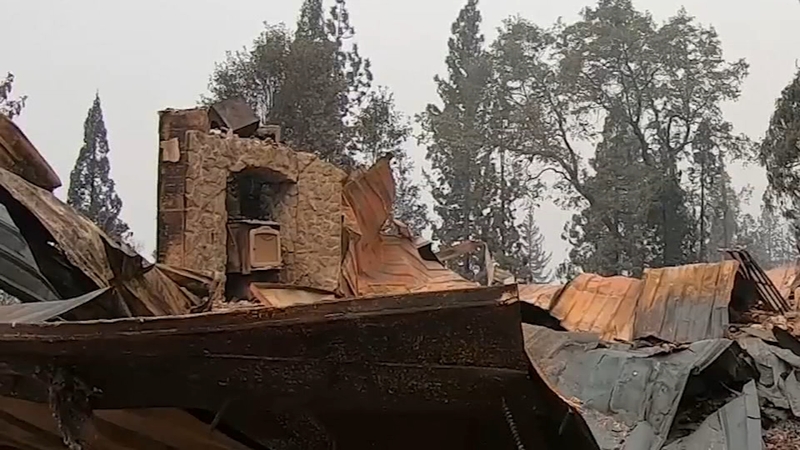 Creek Fire: Victims search for memories and mementos in wake of wildfire's path

When the Creek Fire burns through a mountain home or vacation cabin, it steals more than the structure. It robs the community of the history behind each building.

Walking with Harry Wilmoth on the road that he built to the cabin that was also made with his hands, the retired contractor is grateful for firefighters - even as we turn the corner to see the destruction of the Creek Fire for the first time.

"It's just all folded up," Wilmoth said.

Melted metal that used to be the roof sits on top of the flattened cabin that was a home-away-from-home in the Dogwood community for the last 15 years.

Part of the stone fireplace was still standing, and in a twist of irony, so was the wood-burning stove.

Countless memories were made at the mountain hideaway that also housed history.

"My great-grandfather, when he got out of the Union army, he came down, settled in Pine Ridge and built the second sawmill, the Bretz Mill. And I have some of the memorabilia from the old Bretz," he said.

Harry's grandson, Kaleb Clark, grew up at the cabin, playing in the woods as a kid. Just last year, he got married in a scenic ceremony.

"This is where me and my wife got married 2 years ago, we had the arbor set up right here that me and her father built," explained Kaleb Clark as he showed the area. "And we had all of our whole family spread out right here. It was just a beautiful day in August..and it's just devastating to see it's just a total change."

But other cabins are untouched by fire. It's hard to understand the random destruction.

"Some cabins completely made it through and other cabins perished like ours and it's just awful, it's really awful," Clark said.

Harry actually protected his cabin with what's known as "fire-proof" siding. It looks like cement but after the intensity of the Creek Fire, it's more like paper.

During their search of the rubble, Kaleb spotted a surviving memento to bring back to his grandmother: a clay bear from the famed Fresno studio of Margaret Hudson.

It's appropriately an angel.

But even blackened, the forest refuses to give up on its beauty, promising to return - just like Harry.