FRESNO, Calif. (KFSN) -- As the Valley withstands scorching, triple-digit temperatures, first responders have a battle of their own.

Fresno Fire crews had Palm and H Street blocked off as they doused 20 to 30 foot flames shooting out of a commercial building.

While crews were unclear what the business was, the 4,000 square foot building was for sale.

UPDATE: The fire is out. PG&E has arrived to de-energize power lines. @FresnoFire now investigating the cause of the blaze. Still important to avoid the area. @ABC30 pic.twitter.com/CtZcxjEUNZ


"It was full of equipment materials so it definitely was an occupied building as were the two businesses behind it," said Battalion Chief Todd Tuggle.

Between nine engines and four trucks, close to 50 firefighters stopped the flames from spreading to neighboring businesses including welding and repair shops.

"Ultimately the powerlines did burn through and dropped onto the incident causing some concerns it held us back from being able to gauge the flames directly," Tuggle said.

He said the department becomes inundated with grass and debris fires in the summer months, adding to typical calls to service and spreading resources thin. 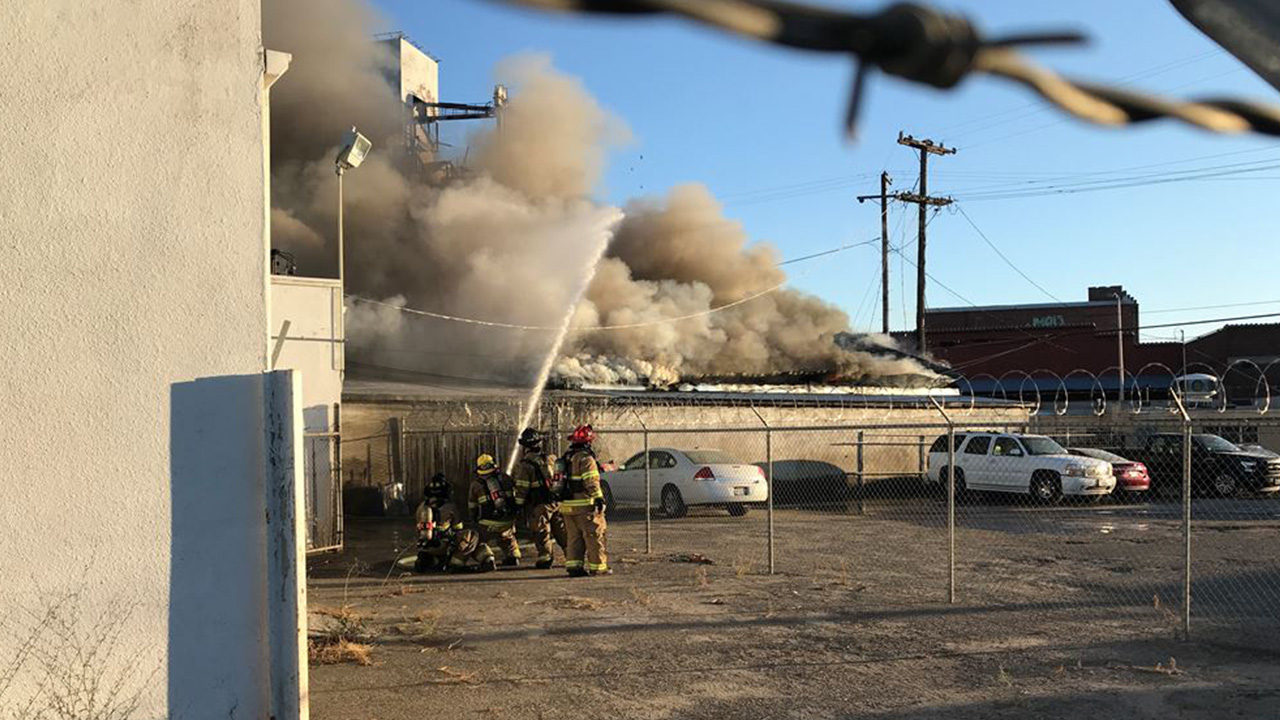 Fresno Fire requested a second alarm to respond to the fire. (KFSN-TV)

"Ultimately we ended up stopping medical aids today, at least the fire response to medical aids, because we just didn't have the resources to respond," he said.

Once crews knocked out the flames, rehab began to lessen short and long term impacts to a firefighters health.

"We have active cooling, basically air conditioners, they can pump onto their face their body to cool them off and mitigate some of the effects of the hard work and smoke when its hot outside," Tuggle said.