KFSN
By Sontaya Rose
TULARE, Calif. (KFSN) -- Tulare firefighters spent all Wednesday night and Thursday at a large mansion fire in the upscale community of Tesori.

Firefighters were called around 8:30 to the home owned by Tulare City Councilman Greg Nunley.

Nunley was not home at the time crews were called out.

They have not determined how the fire started yet. Neither Nunley nor his children were home when smoke was seen coming from the huge house.

When firefighters pulled up to his 27,000 square foot home, they were greeted by flames leaping into the air. Video taken by Ron Holman of the Visalia Times Delta shows the inferno.

Friends say Nunley was out to eat Wednesday night when a passerby noticed smoke coming from the multi-story residence. None of his children were home at the time either. Several agencies are investigating the fire, including the state fire marshall. Right now, as much information as possible is being gathered.

"We have interviewed several people, several neighbors, passerbys and the homeowner, they have all been interviewed," said Tulare fire marshall Ryan Leonardo.

Fire investigators say the home did have working smoke detectors and a sprinkler system. Both were set off during the blaze.

"If they had been home, it is important to note that the smoke alarms were working and they would have been notified early on in the progression of the smoke," Leonardo said.

Neighbors say Nunley was called to the scene and along with his children, worked to save what they could. But eventually the flames were too fierce and they had to back away. One of the questions investigators are working to find out is how long the home was unoccupied before the fire was discovered.

Nunley represents district 5 and is a successful real estate developer. Last August a retired Tulare Police lieutenant filed a civil suit against him, claiming he skirted development fees and used his official position to influence the city's decision on what he should pay.

Now, Nunley is currently suing the city, asking for $16.5 million for, among other things, publishing or allowing to be published false statements about him and his businesses failing to timely pay fees that were in fact not due to the city.

ABC30's attempts to reach Nunley by cell phone, email and text message were not successful.

Friends who came to the fire scene said the councilman was reassuring his upset family as their home burned that material possessions can be replaced.

At this point investigators aren't saying where the fire began. There's also no total on damages yet.
Report a correction or typo
Related topics:
tularehouse fire
Copyright © 2020 KFSN-TV. All Rights Reserved.
HOUSE FIRE 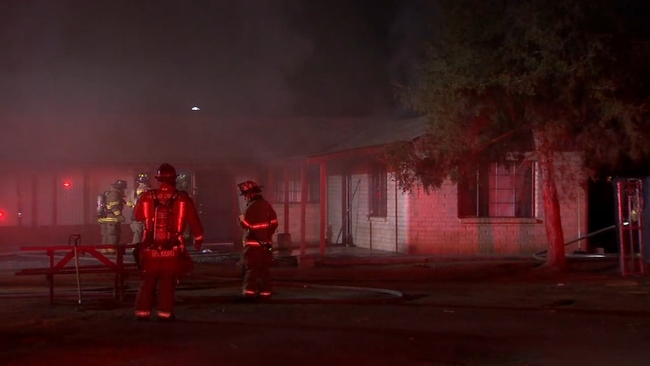 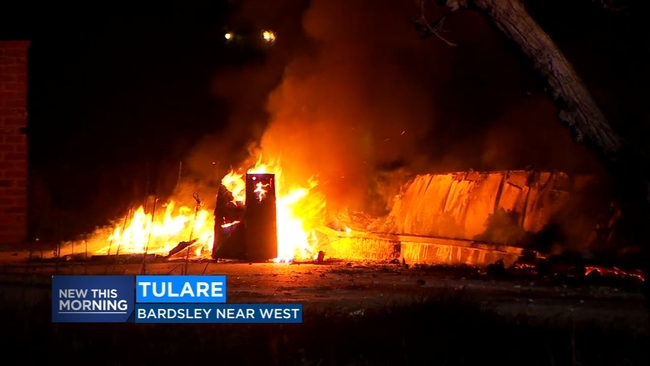