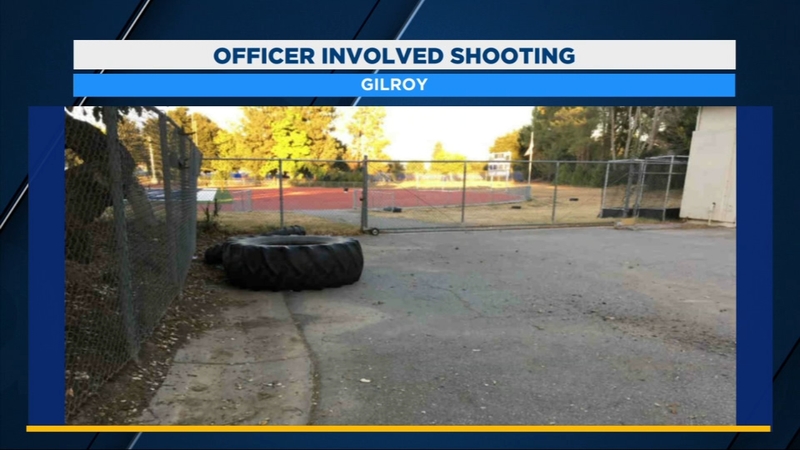 GILROY, Calif. (KFSN) -- A Gilroy police officer Chad Browning shot at a man he says was trying to run him down in a field not far from where kids played youth football.

It all started when Gilroy police got a stolen car report out of Fresno, which noted the suspect was a former police officer with access to firearms. Officers say the suspect called them on a stranger's cell phone and gave them a convoluted story saying someone had kidnapped the woman who had reported the car stolen, and then someone stole the car from him on his way to Gilroy.

The suspect dropped the call when they asked for more details, but he called back a few minutes later, and mentioned a "desire to fight with police officers."

Police found him a little while later driving on a vacant field near Gilroy High. Parents at the nearby football field closed the gates and sheltered in place.

An officer opened fire at the moving car and the suspect surrendered.