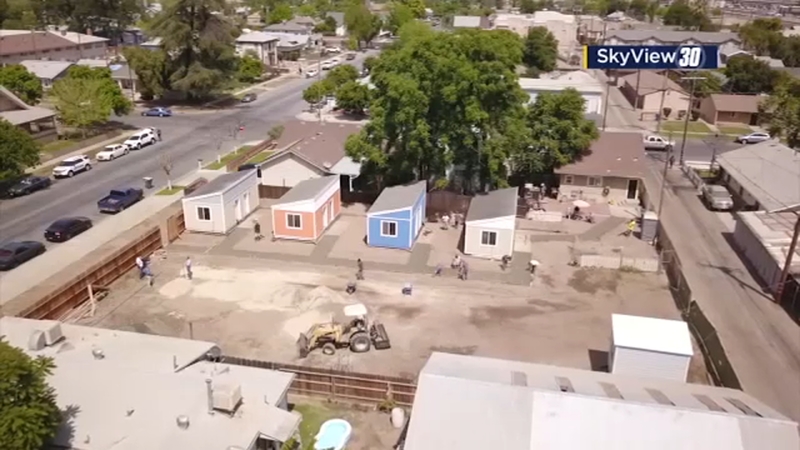 The former CEO of the non-profit says the controversy surrounding the project confirmed what he already believed to be true.

But he still provides contracted services for the organization through one of his companies.

His other company, Pre-Fab Innovations, has built four small or pocket homes for the mission.

The City of Tulare provided nearly $80,000 in CDBG CARES Act funds for the units.

That comes with a requirement that the units be used to quarantine homeless who are COVID-19 positive.

But if that's not needed, the rooms can be used for overnight shelter.

Clevenger says they hope to start using the units before the end of April.

Combined, the four units can hold 16 people, because each bedroom has bunk beds.

Eventually, Clevenger plans to add kitchens and bathrooms to the units, as well as another five full units on the other side of the property.

In the middle, there will be a courtyard, with trees, benches, and a barbecue.

When it's all said and done, it will be a permanent supportive housing community for those who are experiencing homelessness.

Residents will pay rent on their own or through a housing voucher.

"And what you do is the people who are living here wind up supporting one another as they come and go from their challenges of work and life and recovery, and this recovery from homelessness," Clevenger said.

Clevenger's formerly homeless employees are putting the finishing touches on the first phase of the project now.

Sergio Diaz is happy to be on the job.